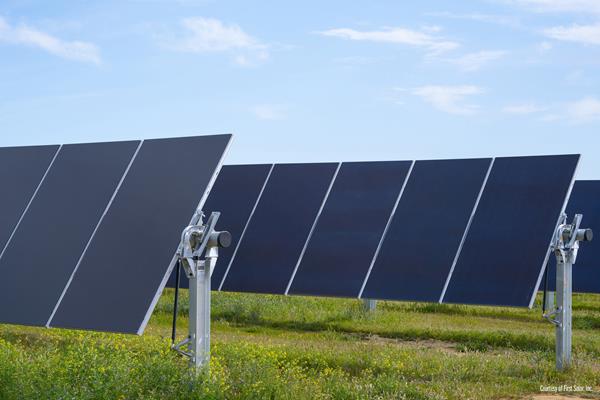 Dow’s Texas Operations is the largest petrochemical site in the western hemisphere. First Solar had previously disclosed the execution of the PPA without identifying the off-taker.

Under the agreement, First Solar will supply Dow with renewable energy from 75% of its 200 MW AC Horizon Solar project in Frio County, Texas. The project will utilize First Solar’s eco-efficient Series 6 PV modules, designed and developed at the company’s research and development (R&D) centers in California and Ohio. The Series 6 modules that will power the project utilize a range of technologies, including ENGAGE PV Polyolefin Elastomers by Dow, which are used as encapsulant films to enhance the module’s performance and efficiency.

“Dow and First Solar share a common vision for a more sustainable planet and a long history of partnership,” says Edward Stones, global business director for energy and climate change at Dow.

“Multiple raw materials, components and derivative products produced by Dow contribute to the reliability and sustainability of First Solar’s module technology, including ENGAGE PV polyolefin elastomers. Now we are putting that technology to work in helping to power our operations in Texas and to reach Dow’s 2025 Sustainability Goal of obtaining 750 MW of our power demand from renewable sources,” he adds.

With up to six times lower carbon footprint and 24 times lower water impact than conventional crystalline silicon PV panels on a life cycle basis, the module delivers a superior environmental profile and the lowest carbon solar electricity available. In addition to having the lowest water footprint in the solar industry, First Solar has reduced its manufacturing water intensity per watt produced by 64% since 2009. One of the ways First Solar saves water is by recycling rejected water from a purification system back into a raw water tank.

The project will create approximately 350 jobs at the peak of construction and is also expected to bring benefits to local businesses.