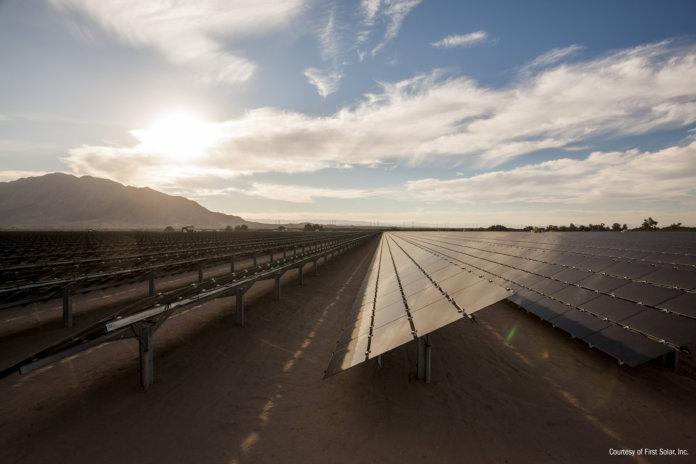 Under the PPAs, both agencies will buy electricity from the Rabbitbrush Solar project developed by First Solar in Kern County, Calif. The 100 MW AC photovoltaic (PV) solar plant, scheduled to be completed in the second quarter of 2022, will also feature 20 MW of battery storage capacity, capable of delivering electricity for 2.5 hours.

“We are delighted to partner with First Solar to add to our growing solar generation and battery storage portfolio,” says Tom Habashi, CEO of MBCP.

“Responsibly developed to minimize its impact on the ecosystem, and powered by the most eco-efficient solar technology available today, this project mirrors our own commitments to sustainability and the communities we serve,” he adds.

The project will be powered by First Solar’s thin film module technology, designed and developed at the company’s research and development (R&D) centers in Santa Clara, Calif., and Perrysburg, Ohio. The technology is the result of over $1 billion cumulative R&D spend.

The PPAs are the latest to be signed by First Solar with CCAs in California, enabling the delivery of cleaner solar electricity to several communities across the state. While SVCE provides renewable, carbon-free electricity to 13 communities in Santa Clara County, MBCP sources clean electricity for the Monterey, San Benito, and Santa Cruz counties, as well as parts of San Luis Obispo county.