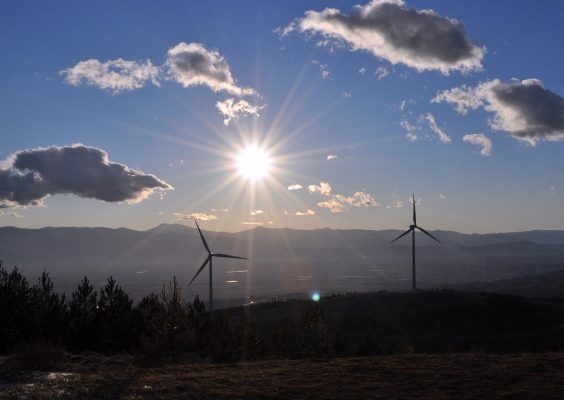 Enel Green Power has started construction on the 199 MW expansion of the Cimarron Bend wind farm in Clark County, Kan.

The expansion, consisting of 74 turbines, will increase the wind farm’s capacity to 599 MW from the current 400 MW, making it the largest wind farm in Enel’s North American portfolio. Construction, which will involve an investment of over $281 million, is expected to be completed by the end of the year.

“As one of the largest renewable power producers in North America, Enel Green Power is committed to excellence in not only developing and constructing new projects but also strategically expanding our existing fleet,” says Antonio Cammisecra, CEO of Enel Green Power.

“The expansion of Cimarron Bend is a testament to both the maturity of our wind operations and our commitment to growing a portfolio of renewable plants that will generate value for many years to come, while providing sustainable energy,” he adds.

Cimarron Bend’s first two phases entered into service in 2016 and 2017, involving an overall investment of over $891 million. Upon completion of the 199 MW addition, Cimarron Bend will generate a total of more than 2.7 TWh per year.

The electricity from a 150 MW portion of the expansion is being sold under a 15-year bundled power purchase agreement (PPA) with electric services company Evergy. The PPA will include support for Evergy’s Renewables Direct program, which allows commercial and industrial customers to offset a percentage of their energy usage through renewable sources. In January, Evergy committed to reducing carbon emissions 80% below 2005 levels by 2050.

A Missouri Public Utility Alliance (MPUA) joint action agency, the Missouri Joint Municipal Electric Utility Commission (MJMEUC), which supplies municipal power for more than 60 communities in Missouri and Arkansas, will purchase the output of a 30 MW portion of the project under a 12-year bundled PPA.

The power and renewable energy credits from the original 400 MW portion of Cimarron Bend are sold under bundled, long-term PPAs with Google and the Kansas City Board of Public Utilities (BPU).

At the Cimarron Bend site, crews are implementing safe working practices and operations have been structured to maintain social distancing as well as other best practices. Furthermore, as part of its $1.3 million commitment in response to the COVID-19 pandemic across the U.S. and Canada, the company dedicated $69,000 to food security organizations and first responders in Kansas.