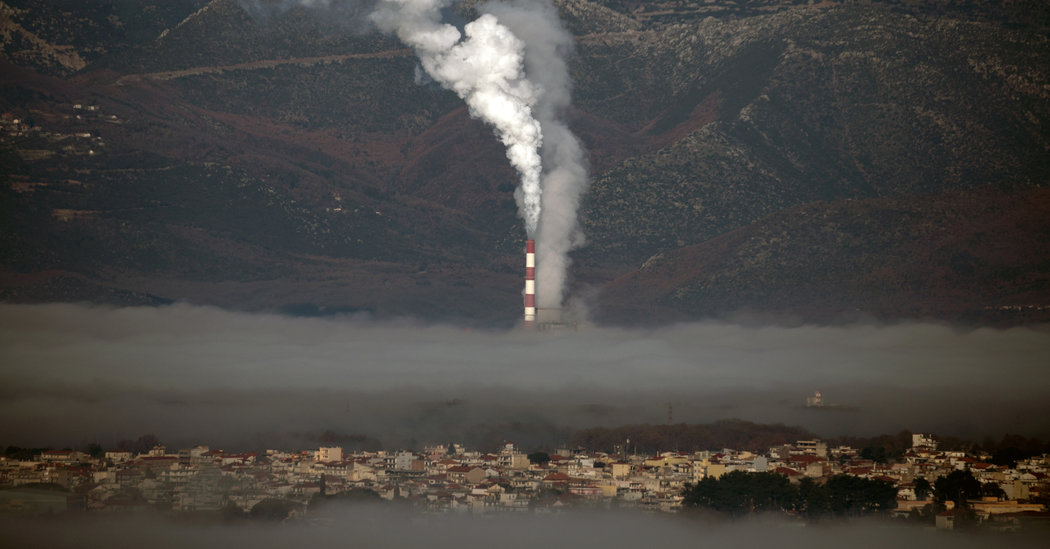 WASHINGTON — Global greenhouse gas emissions are on track to plunge nearly 8 percent this year, the largest drop ever recorded, as worldwide lockdowns to fight the coronavirus have triggered an “unprecedented” decline in the use of fossil fuels, the International Energy Agency said in a new report on Thursday.

But experts cautioned that the drop should not be seen as good news for efforts to tackle climate change. When the pandemic subsides and nations take steps to restart their economies, emissions could easily soar again unless governments make concerted efforts to shift to cleaner energy as part of their recovery efforts.

“This historic decline in emissions is happening for all the wrong reasons,” said Fatih Birol, the agency’s executive director. “People are dying and countries are suffering enormous economic trauma right now. The only way to sustainably reduce emissions is not through painful lockdowns, but by putting the right energy and climate policies in place.”

More than 4 billion people are living in countries that have imposed partial or more extensive shutdowns on economic activity to slow the spread of the virus. By mid-April, the report found, weekly emissions in many of those countries were 17 percent to 25 percent lower than they were in 2019, as factories idled, employees stopped driving to work and airlines grounded their flights.

The agency currently expects many governments to start relaxing those restrictions later in the year, as China has already done and as some states are starting to do in the United States. Even so, the report said, global carbon dioxide emissions were projected to fall by roughly 2.6 billion tons this year, an 8 percent drop from 2019.

That would put global emissions back at levels last seen in 2010, wiping out an entire decade of growth in the use of fossil fuels worldwide. The projected annual drop in emissions would be six times the size of the decline seen after the global financial crisis in 2009 and a far bigger drop than at any point during the Great Depression or at the end of World War II, when much of Europe lay in ruins.

Still, there are many uncertainties around the early estimates.

If countries remain locked down for longer than expected, or if businesses struggle to recover from the pandemic, the drop in emissions could be larger. Conversely, if nations like China try to boost their ailing economies by weakening environmental rules or subsidizing polluting industries like coal or steel, emissions could rebound even faster than projected.

That’s what happened after the financial crisis: By 2010, global emissions had surged back higher than before.

“One of the big question marks now is whether countries decide to put clean energy at the heart of their economic stimulus packages,” Mr. Birol said.

This week, leaders from Germany, Britain, Japan and elsewhere held a video conference urging nations to invest in technology to reduce emissions, such as solar power or electric vehicles, as they chart their economic recovery efforts. “There will be a difficult debate about the allocation of funds,” said Chancellor Angela Merkel of Germany. “But it is important that recovery programs always keep an eye on the climate.”

For now, the current crisis has dramatically reshaped the global energy landscape.

The world’s use of oil fell nearly 5 percent in the first quarter of this year, the report said. By March, global road transport was down nearly 50 percent, and air traffic was down 60 percent, compared to 2019. That slump in fuel demand has caused crude prices to crash worldwide, straining the budgets of major oil producers like Saudi Arabia and pushing drilling companies in places like Texas to the brink of bankruptcy.

The world’s use of coal, the dirtiest of all fossil fuels, fell nearly 8 percent in the first quarter of the year. Much of that was triggered by early coronavirus shutdowns in China, the world’s biggest coal user. But even though Chinese coal plants are now firing back up, the global coal industry faces a continued threat from cheaper and cleaner energy sources like natural gas and renewables.

By contrast, wind and solar power have seen a slight uptick in demand during the pandemic.

One big reason for that: Many countries are using significantly less electricity as office buildings, restaurants and movie theaters close. But because existing wind turbines and solar panels cost little to operate, they tend to get priority on electric grids, which means they are still operating closer to full capacity, while fossil-fuel plants are allowed to run less frequently.

Despite the record drop in emissions, scientists cautioned that the world faces an enormous task in getting global warming under control.

The United Nations has said that global emissions would have to fall nearly 8 percent every single year between now and 2030 if countries hoped to keep global warming well below 2 degrees Celsius (3.6 degrees Fahrenheit), which world leaders have deemed necessary for avoiding catastrophic social, economic and environmental damage from climate change.

“A lockdown is just a one-off event, it can’t get you all the way there,” said Glen Peters, research director at the Center for International Climate Research in Norway.

He pointed out that even amid the sweeping lockdowns, the global economy continues to rely heavily on fossil fuels for all the power plants, trucks, planes, cars and heavy industries that continue to operate during the crisis.

While experts noted that the current lockdowns won’t last forever, some expressed hope that they might reveal some of the benefits of switching to cleaner energy. In recent weeks, for instance, cities like Los Angeles and Milan have seen a dramatic reduction in air pollution and smog as fewer people drive and cars stay off the road.

“I hope the striking improvements in air quality we’ve seen remind us what things could be like if we shifted to green power and electric vehicles,” said Rob Jackson, an earth scientist at Stanford University.