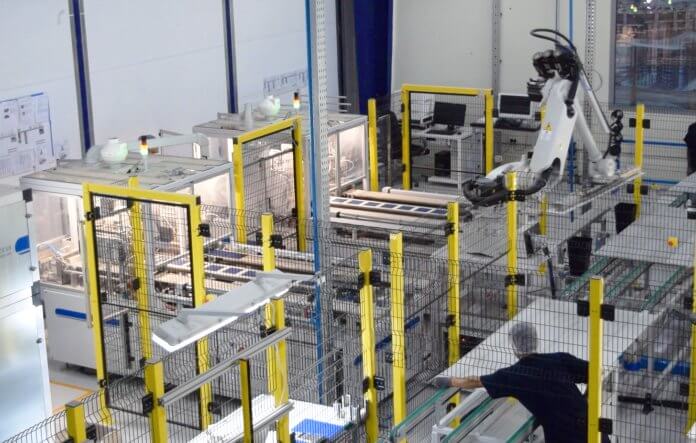 Solartecc will produce largely glass-glass but also glass-backsheet monocrystalline passivated emitter and rear cell (PERC) and polycrystalline PERC modules using both 60 and 72 cells. The factory, which will be fully ramped up to 25 MW during the third quarter, was designed to be expandable to 50 MW/year.

Ecoprogetti, whose equipment is produced in Italy, worked with Solartecc on the factory from end to end, from the choice of the raw material to the design of the production line and configuration of the machines. The company will also work with Solartecc on its panel certifications.

Ecoprogetti handles all electrical, mechanical, software, and production layout and process details in-house. The company is currently working on projects in the U.S., Saudi Arabia, Russia, France, India and several other countries in Europe, the Middle East and Africa.