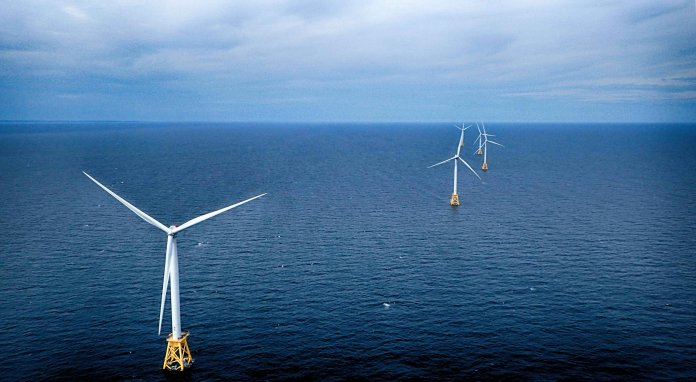 In order for many states to fulfill the goals they set to significantly reduce emissions or reach complete carbon neutrality by 2050, they will have to rely on a variety of renewable energy sources. Only by using a combination of wind, solar, battery storage, hydropower, electric and alternative fuel vehicles can states attain their carbon-reduction goals.

In a series of recent webinars, IPF Virtual, hosted by the Business Network for Offshore Wind, industry leaders congregated to discuss the current state of the offshore wind industry, as well as to offer their insights and research concerning various obstacles that need to be overcome in order for the U.S. offshore wind industry to reach its full potential.

Offshore wind is one of the resources that must be utilized to maximum capacity in the next 30 years if states on both the East and West Coasts hope to make the transition to carbon-neutrality. California, Washington, Maine, Rhode Island, Virginia, New Jersey and New York have all pledged to significantly reduce their carbon emissions, if not reach complete carbon-neutrality, by the 2050 milestone – a handful of ambitious states set 2045 as their target.

The potential for U.S. offshore wind energy is enormous. If utilized to capacity, the country’s shores have a power potential of 2,000 GW – almost double the nation’s current energy use. Besides creating jobs, harnessing the U.S.’ offshore wind will revitalize ports and coastal communities, improve national security and deliver vast amounts of clean energy to the country’s biggest population centers.

However, even with stable policies in place, Department of Energy research suggests the U.S. could only develop a total of 86 GW of offshore wind projects by 2050. The potential is there, but there are many challenges to consider when developing offshore wind on the coasts – and each coast comes with its host of unique challenges.

The East Coast has a sizable head start on offshore wind development. The country’s first offshore wind farm – the Block Island Wind Farm – came online in 2016. Located off the coast of Rhode Island, the 30 MW project has been deemed a success.

“The demand for offshore wind has never been greater. It promises to be a major part of a diversified national energy complex,” said Jim Bennett, program manager of the Bureau of Ocean Energy Management’s Renewable Energy Program and moderator of IPF Virtual’s webinar “Offshore Wind: The Challenges Ahead.” “We, the Department of the Interior through BOEM, have issued 16 leases for offshore wind development. But leasing alone is not enough. 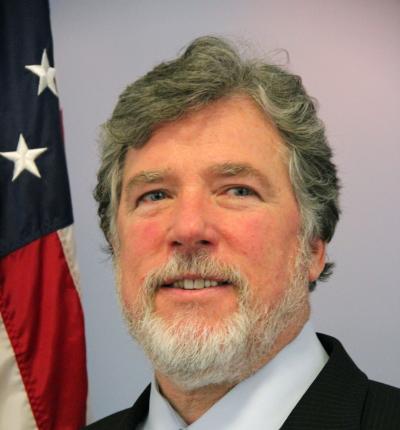 “State leadership as exemplified by the Block Island project and also demonstrated by aggressive renewable energy goals with specific offshore wind targets followed by authorizations for offtake, about half of which have already been awarded, [are needed]. These efforts are combined with federal leasing, and it has created a tremendous market opportunity,” he added.

Leases offer their own set of challenges. Before any project can begin, BOEM must implement a series of surveys. The wind farm’s effect on wildlife, navigation in and out of nearby ports, and the composition of the ocean floor all must be addressed before a potential site is identified. Once a lease area is established, companies can bid on proposed projects and potential project sites. After a company is selected, every developer needs to sign multiple power purchase agreements with multiple companies.

Even so, some lease areas aren’t even developable. As of now, New York has pledged 9 GW of offshore wind development; there are currently not enough lease areas to accommodate that pledge. In order to reach the 9 GW goal, more lease areas must be identified.

The process is convoluted and contains many steps involving every level of government and localities. The East Coast is familiar with the leasing and bidding process. According to Alla Weinstein, CEO of Castle Wind, California needs offshore wind to meet its climate goals, but the state doesn’t have a centralized plan and has no experience with the permitting process.

Even without any tests or research, vast stretches of the West Coast are inherently excluded from the leasing process. The Department of Defense (DoD) has a base of operations in Seaside, Calif., and thus every potential wind farm site must work around the area that the DoD requires. Also, central California is limited by the Monterey Bay Wildlife Sanctuary. The sanctuary’s protected waters cannot be infringed upon by development. This greatly limits potential offshore wind farms off the California coast.

Another important consideration when choosing a potential site for an offshore wind farm is its proximity to a major load center. By planning potential sites with this distance in mind, companies are better able to maximize transmission and reduce wasted generation.

Another factor to keep in mind when zoning offshore wind along the West Coast is that a number of coal plants are currently offline or plan to go offline within the next decade. These unused plants may provide an optimal transitional opportunity to integrate offshore wind with existing infrastructure.

“It’s also worth mentioning that some of the offshore wind resources are located near major load centers, and as coastal power plants retire, these locations may become opportunities to integrate offshore wind with existing transmission systems,” said Chris Potter, marine renewable energy program manager for the California Ocean Protection Council and moderator of IPF Virtual’s “Planning for Offshore Wind Energy Development on the West Coast” webinar.

One of the biggest challenges facing the West Coast’s offshore wind industry is the ocean depth. Off the East Coast, there is a relatively steady increase in depth, whereas on the West Coast, the ocean floor drops off steeply and, within a few miles from the coast, drops to more than 4,000 feet. Because of the dropoff, most wind farms on the West Coast will have to use floating wind turbines. Although used in the global market, floating offshore wind turbines are a relatively new – and more expensive – solution.

“The challenges for offshore wind development in California are significant but not insurmountable,” Potter said. “Wind farms will most likely be located at least 20 miles from shore. Development costs will be much higher compared to those for developing other renewable resources.” 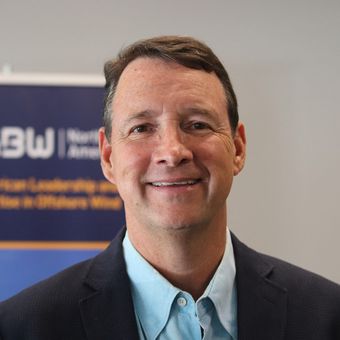 “Other than the IRS, BOEM is the largest generator of revenue in the federal government. New lease areas are going to create greater economic activity throughout the supply chain and create new jobs, and most importantly, offshore wind leasing areas will increase competition in the state offshore wind solicitations,” said Bill White, president and CEO of EnBW North America.

“It’s basic economics of supply and demand. It will drive all of us as developers to propose the very best projects we can. It will enable a state’s choice and let them select the projects that best meet their needs. Competition is likely to drive down costs, and cost for rate payers,” he added.