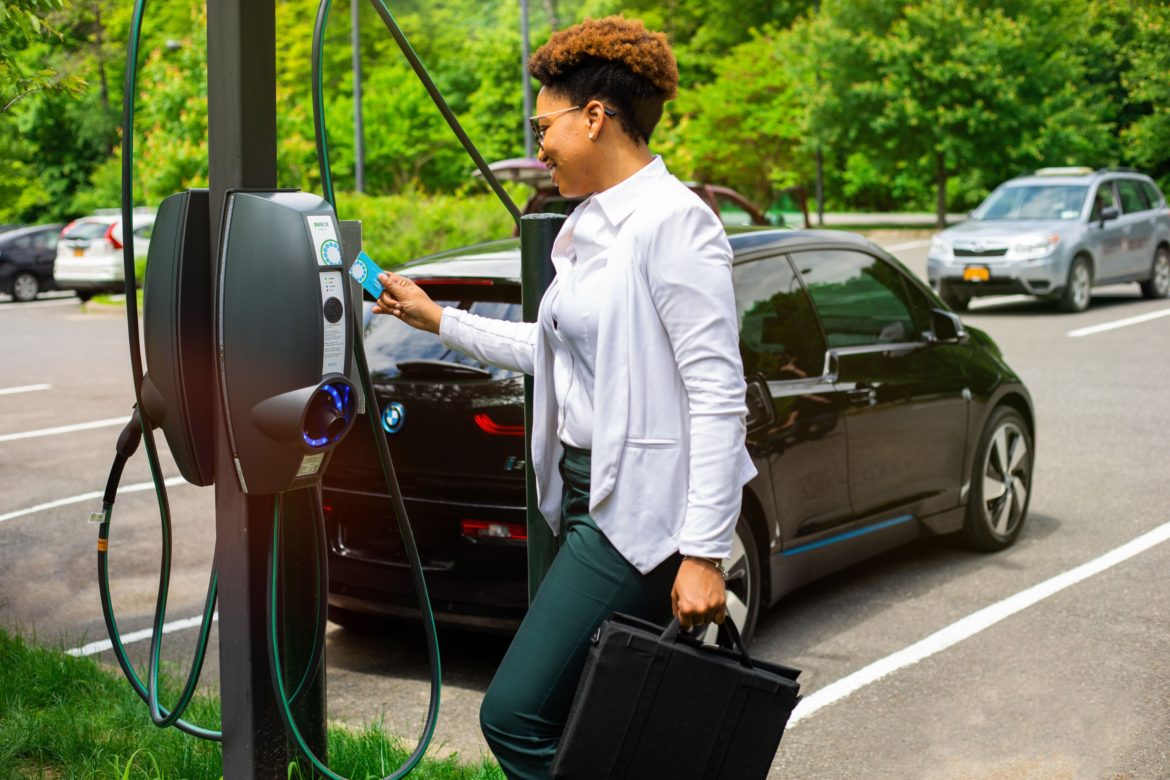 EVBox expects about 100 employees by the end of 2020 at a new North American headquarters outside Chicago.

Despite setbacks from the COVID-19 pandemic, a Dutch electric vehicle charging company is moving forward with establishing its first North American headquarters, to be located outside Chicago.

EVBox manufactures charging stations and the software to manage them. The company is expanding its presence in the U.S. to take advantage of a growing electric vehicle market. Electric transportation advocates note the move is particularly timely given recent advancement of electric vehicle policy in Illinois.

The headquarters in Libertyville, a suburb northwest of Chicago, was originally scheduled to open in October. EVBox now anticipates having the facility up and running with about 100 employees by the end of 2020,  according to Megha Lakhchaura, director of policy and utility programs for EVBox North America.

“And now with things coming back to — well, I won’t say normal, but some activity … we have to be very mindful in providing a safe working environment,” she said. “Introducing these new safety rules, the timeline has been taking a little longer than we would have liked.”

The facility, housed in a former Motorola building, will include office space and production facilities primarily for Level 3 charging units, which in many cases can provide a full charge in just a few hours. The facility will initially have capacity to produce around 200 fast-charging units per week, according to Lakhchuara.

The move shows that Chicago will continue to function as a 21st-century transportation hub, with an emphasis on clean energy, according to Susan Mudd, senior policy advocate for the Environmental Law & Policy Center in Chicago.

“We are at the crossroads of most of the major rail, freight routes and passenger rail routes in the U.S.,” Mudd said. “Many of the major highways used by both cars and trucks come through Chicago or very near Chicago. We also have intermodal facilities; many of them truck and transfer freight. So, bringing a company [like EVBox] in helping to electrify the transportation sector seems like a very good fit.”

“There’s definitely a commitment beyond the city of Chicago to make the state ready for electric vehicles of all types,” she added.

In April, for example, the city of Chicago passed an ordinance requiring all new residential buildings with five or more units and onsite parking and commercial properties with 30 or more parking spaces to have at least 20% of their spaces be charging-ready. Additionally, at least one of those spaces must be accessible to people with disabilities.

EVBox announced in March it had joined the Illinois Clean Air Now coalition, which includes ComEd and vehicle manufacturers including Rivian and Proterra, to promote clean transportation options in the state.

“EVBox sees the tremendous potential of becoming a part of a new, clean energy economy in Illinois,” Lakhchaura said in a news release at the time.

While Level 3 chargers are far more expensive than Level 2 chargers, the business case for fast chargers has become more compelling as electric vehicles become more prevalent — and as their engines become larger, according to Lakhchaura.

“With cars, batteries are getting bigger. So now, customers need to be able to charge really big batteries fairly quickly. And that’s where these fast chargers are important,” she said.

“Imagine if you’re a Lyft driver, and you don’t have much time to charge the car because you’re going to lose out on passengers. They could charge at home all night, but maybe after six or seven hours [on the road], they need a quick charge,” she said. “It shouldn’t take more time than it would take to get a cup of coffee. The right locations can be very instrumental in promoting electrification amongst rideshare [drivers].”