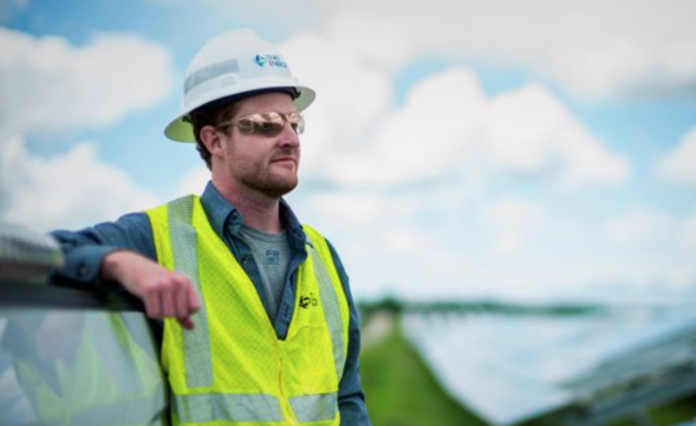 Duke Energy and Buncombe County have partnered to build a new solar power plant on a retired landfill in the town of Woodfin, N.C.

Duke Energy will own and operate the 5 MW solar power plant located on the closed Buncombe County landfill – near Interstate 26 and the French Broad River. The new solar plant will help meet the county’s 2030 renewable energy goals, while providing energy to all Duke Energy customers in the Carolinas.

The landfill stopped operating in 1996. To avoid disturbing the ground covering, the solar racking system will be built on concrete blocks instead of being anchored into the ground. Underground cabling will be kept to a minimum.

“This project is an innovative example of how to creatively repurpose land to advance community goals,” he adds.

The plant is expected to come online in the second half of 2021.

Sourcing its renewables from local generation was identified as a top priority during the county’s renewable energy community engagement process. This project will allow the county to reach nearly 20% of its renewable goal with locally sourced clean energy.

The solar project is just one of many Duke Energy investments in the region. The company recently finished construction of the $817 million Asheville Combined Cycle Station, which became fully operational April 5. The new station replaced a 344 MW two-unit coal plant at the Asheville site, which retired on Jan. 29.

More details about the landfill solar plant are in the company’s filing with the North Carolina Utilities Commission. The regulatory body must give final approval to the project.