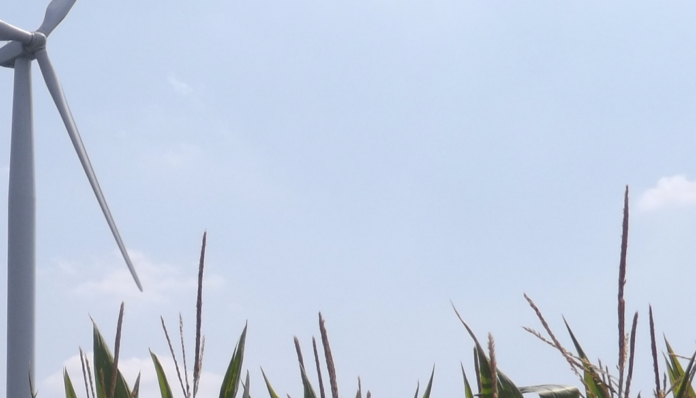 With 68 turbines generating 168 MW, Polaris Wind is now the largest operating wind park in Michigan and the first of four new wind parks DTE will commission this year, representing a significant step toward the company’s goals of reducing carbon emission by 50% by 2030.

Since 2009, DTE has driven investments of $3 billion in renewable energy infrastructure, and the company will invest an additional $2 billion in wind and solar assets over the next five years.

“Wind development has brought increased economic prosperity to Gratiot County. In addition to tax revenue that benefits the county, townships and schools, investment from wind development was used to leverage a grant for infrastructure in the Breckenridge Industrial Park, which now houses five companies and over 100 jobs,” says Jim Wheeler, president of Greater Gratiot Development Inc.

“The area economy also benefits from increased consumer spending at restaurants and retail shops by temporary construction workers and permanent maintenance technicians, in addition to increased spending from local landowners who receive lease payments,” he adds.

DTE wind projects provide more than clean energy for DTE customers  – they also provide a stable source of income for landowners who have turbines on their property, jobs that help young people stay in the community, and tax revenue that can be used to support improvements in roads, schools, emergency services and other vital community needs.

Greater Gratiot Development Inc. reports that between 2012-2018, the county received nearly $43 million in tax revenue from its wind parks.