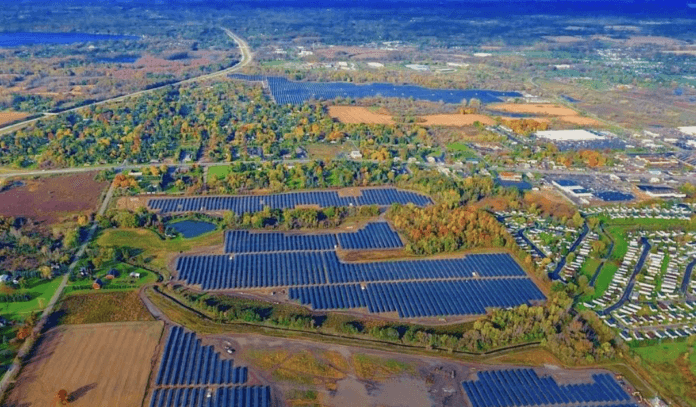 The Michigan Public Service Commission (MPSC) has approved DTE Electric Co.’s amended renewable energy plan (Case No. U-18232), expanding the company’s portfolio of wind and solar power generation facilities and addressing concerns raised by the commission in previous orders, including the ability for third-party power purchase agreements (PPAs) to be used to meet the renewable portfolio standard.

Meridian Wind Farm, located in Mt. Haley and Porter townships in Midland and Saginaw counties, will provide 224.9 MW of electricity. Commercial operation of the facility is expected to begin in late 2021.

The approvals, combined with prior investments in renewable energy, ensure DTE Electric is able to meet the state’s renewable portfolio standard, requiring 15% of electricity to come from renewable energy sources by 2021. Beyond this standard set in state law in 2016, DTE Electric plans to invest in additional renewable energy projects to achieve its voluntary goal of net-zero carbon emissions by 2050.