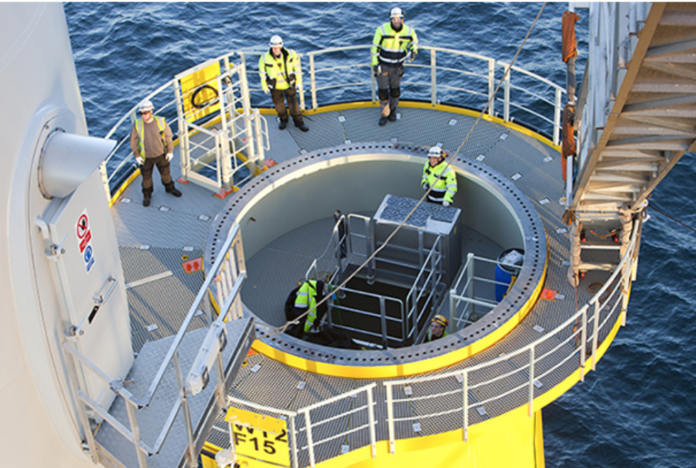 “This is an important step in the process toward bringing commercial-scale offshore wind to the state and shows Dominion Energy is committed to delivering the clean energy our customers expect from us,” says Joshua Bennett, vice president of offshore wind at Dominion Energy. “We look forward to working with BOEM as the CVOW commercial project moves through the permitting process.”

The COP includes information about the construction, operations and conceptual decommissioning plans for Dominion Energy’s proposed offshore wind farm to be installed within a 112,800-acre commercial lease area located 27 miles off the coast of Virginia Beach, which Dominion Energy obtained in 2013. Information about onshore and support facilities is included in the COP as well.

Through this filing, Dominion Energy shows, among other things, it designed and sited the CVOW commercial project in a manner that protects natural resources, the environment, and human and wildlife health; uses the best available and safest technology; and does not unreasonably interfere with other uses of the Outer Continental Shelf, such as commercial and recreational fishing, commercial shipping lanes and military training maneuvers.

Data based on the results of the many surveys of the lease area – geophysical, geotechnical, biological, cultural, socioeconomic – are also included in the filing for BOEM’s review, which will take approximately two years to complete.

Earlier this year, Dominion completed the construction of CVOW’s first phase – the two turbine, 12 MW pilot project, which is located adjacent to the commercial lease area. The two turbines are operational while the project undergoes BOEM’s technical review before officially entering service. Pending approval by the State Corporation Commission, the CVOW commercial project is on track to commence construction in 2024.