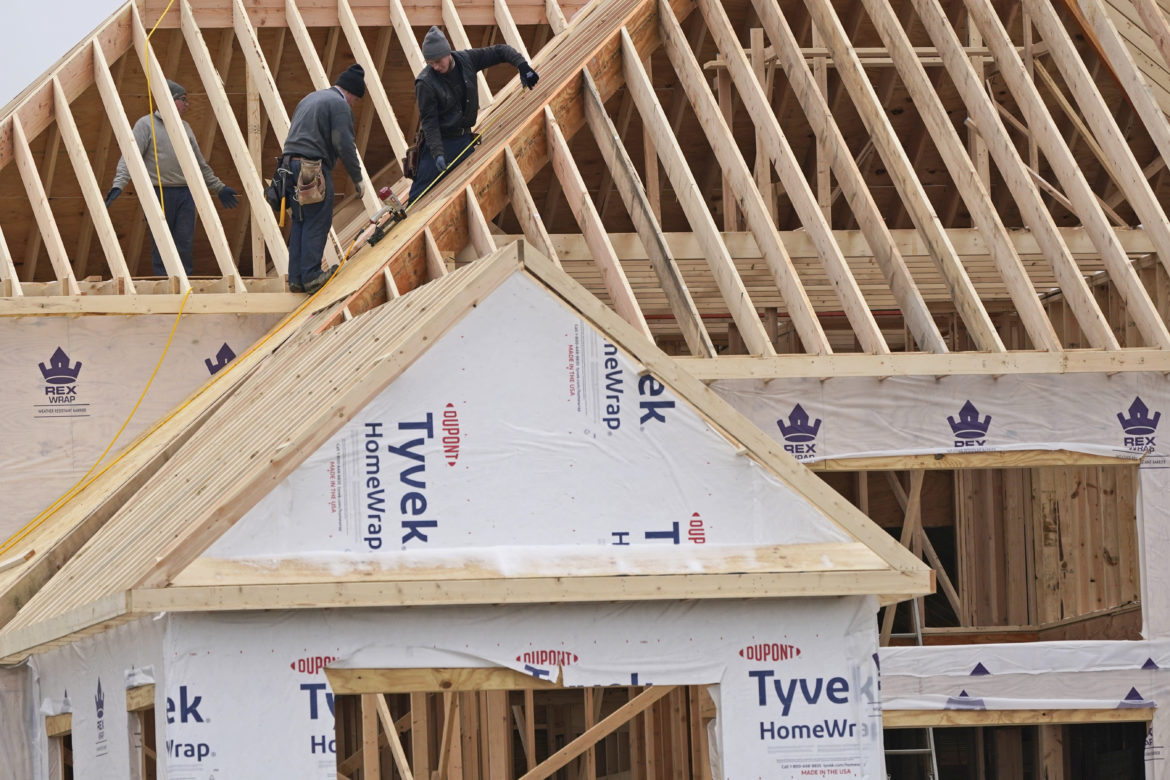 Workers building a home in Pepper Pike, Ohio, in January.

The organization responsible for developing model building energy codes is facing growing pressure to reconsider proposed changes that would limit the role of state and local governments in approving future updates.

More than 200 stakeholders submitted comments ahead of the International Code Council’s Jan. 21 board meeting, with about three-quarters of them opposing a plan to overhaul the process for approving its triennial updates.

Meanwhile, the organization received a letter from the U.S. House Energy and Commerce Committee requesting answers to several questions related to the proposed changes and the influence of industry groups like the National Association of Home Builders on the process. A U.S. Department of Energy official raised similar questions at the recent meeting.

“We at DOE don’t currently have a comprehensive justification for why it’s needed,” said Jeremy Williams, a program specialist with DOE’s Building Technologies Office. “We’d ask ICC to further demonstrate where exactly the current process fails and how the proposed process would proceed.”

The changes would strip voting rights from thousands of public sector members and leave final say over future energy codes up to a committee made up of building code officials, industry groups and other stakeholders, with some spots for clean energy advocates. Any one stakeholder interest group could not account for more than a third of the committee’s members.

The proposed overhaul was set in motion last fall after industry groups representing homebuilders and developers raised concerns over the recently completed code development cycle, which saw record online voting turnout by state and local government officials, resulting in the code’s biggest efficiency gains in at least a decade.

The House committee’s Jan. 19 letter to ICC CEO Dominic Sims raised concerns that “state and local officials could be effectively eliminated from providing meaningful input on future revisions to energy building codes.” The code is used by governments in all 50 states, along with Puerto Rico and the U.S. Virgin Islands. It’s also incorporated into federal building standards and tax incentives and used as criteria for federally assisted mortgages and public housing.

As of late last week, the House committee had not received a response from the ICC, a committee spokesperson said.

In attempting to explain the proposed changes for developing future versions of the International Energy Conservation Code, or IECC, ICC Board President Greg Wheeler said the process would help the organization better respond to climate change—a claim that clean energy advocates have disputed.

“Although the IECC can be considered a success by almost any measure, there have been missed opportunities,” Wheeler said during the board’s Jan. 21 meeting. “The rapidly evolving area of energy and our community expectations for measures to meet the needs of our changing climate require better solutions.

“For the past few years, we’ve received comments that the system for updating the IECC is broken and that something needs to be done,” he said, adding that the board “determined that we should get additional input from our stakeholders.”

Since announcing the proposed changes in December, feedback received by the ICC via written comments and during the Jan. 21 board meeting has been largely against the changes, including comments submitted by government bodies in 28 states.

“Your membership has resoundingly rejected this change,” David Collins of the American Institute of Architects, said during the meeting. “This move damages the reputation of the council.”

If ICC moves forward with the changes, state and local governments that prioritize energy efficiency will abandon the IECC and explore other options, said Charles Eley of the sustainability-focused firm Architecture 2030.

Eley said building energy codes must set even stricter efficiency requirements over the next decade to achieve carbon neutrality by 2050, “which climate experts are telling us is essential in order to avoid the worse consequences of global warming and resulting climate change.”

“Eliminating the government voting would halt significant energy efficiency and renewable energy improvements to the IECC, something that could be devastating for my grandchildren and future generations,” Eley said during the board meeting.

Duane Jonlin, energy code and conservation advisor with the Seattle Department of Construction and Inspections, said the ICC needed to decide between “facilitating the national movement toward high-efficiency, low-emissions building or discourage and work against that progress.”

“Will ICC be on the right side of history here?” he said during the board meeting. “Or will you cave to that very vocal minority that wants to keep our building energy efficiency standards among the least efficient in the industrialized world?”

‘Voting for code proposals should not be easy’

Meanwhile, supporters of the ICC’s proposed changes said the process would offer more time and opportunities for deliberation to deal with energy codes they say are becoming more complex. They also continued to criticize the ICC’s online voting process for the energy code, which allowed hundreds of governmental voting members to cast votes for the first time during the recently completed code cycle.

“The online vote allows for political manipulation of the outcome and an end result that is neither desirable nor appropriate,” said John “Chuck” Fowke, board chairman of the National Association of Home Builders, during the ICC board meeting.

Anne Anderson, owner of Green Mountain Structural Engineering, took aim at voting guides produced by efficiency advocates that she said made it too easy for members to complete the online voting process.

“The voting for code proposals should not be easy,” said Anderson, an NAHB member, during the meeting. “It should be done by considering all of the arguments for and against them. This type of approach does not result in good code.”

Anderson is part of the ICC Appeals Board that recommended the changes to the ICC. Henry Green, another Appeals Board member, said a new code development process — in which a committee appointed by ICC has the final vote — would allow supporters and opponents to debate proposed code updates in “a more complete manner.”

“I think the process lends itself to having more opportunities to present information so that the full range of issues can be discussed,” Green said in an interview.

Donald Mock, a building code official for Maryland’s Howard County, said he falls somewhere between industry groups and clean energy advocates when it comes to the proposed changes.

Mock said there are issues with the ICC’s current online voting process that should be addressed, such as restricting the types of governmental members who are allowed to vote.

“I think the voting members should be the people who use the code every day, the code officials, and not [other] government [members],” said Mock, a member of the ICC’s Sustainability Membership council, in an interview.

Ultimately, Mock said he thinks the ICC should fix its current process rather than scrap it in favor of the proposed one, in part because the existing system has increased participation among code officials.

“In the past, there’s been a lack of code officials that get involved with energy, and I see a change happening,” he said. “Building departments are hiring more experts in the energy code area, and as we get more and more people involved, those people get involved with the [code development] process.”

Mock said he listened in on the ICC’s Jan 21 board meeting.

Following about 90 minutes of public comments during its Jan. 21 meeting, the ICC board went into an executive session, during which board members planned to discuss the comments, Wheeler said. The board did not plan to vote on the proposed change, and Wheeler said it would “meet again in a few weeks to make a decision.”

Alex is a Chicago-based journalist who spent nearly three years covering the environment and public health for the website of WTTW/PBS Chicago, with previous stops at GateHouse Media New England, MLB.com and other news organizations. He has reported on topics including sexual abuse in youth sports, police misconduct, counterterrorism programs and immigration. His work has been published by Chicago magazine, ProPublica Illinois, WBEZ, Tribune Publishing, ESPNChicago.com and other outlets.