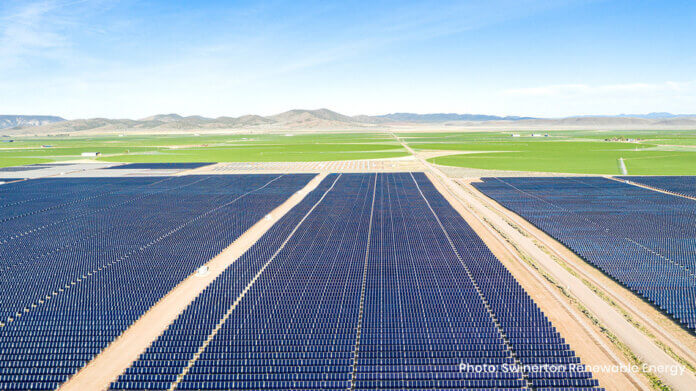 Nextracker’s TrueCapture software solution optimizes the performance of PV systems by employing robust data analytics, advanced algorithms and angle adjustments based on real-time conditions in the field. As an initial adopter of the technology, DESRI has played a key role in helping Nextracker optimize the software and develop new monitoring and control platforms like NX Navigator.

“Nextracker keeps adding functionality designed to further optimize our projects and is highly responsive to the input of our operations team to tune the platform. Earlier this year we started using NX Navigator’s snow shed capabilities at our northern sites to reduce losses attributed to snow cover. We are also implementing Navigator’s hail stow to help protect our systems from extreme weather in hail prone regions,” he adds.

DESRI has solar and wind sites totaling over 2,400 MW of aggregate capacity. DESRI’s 15 operating projects that utilize Nextracker will be augmented with TrueCapture and its new NX Navigator control platform, while DESRI’s Nextracker-contracted sites under construction will be using the software as a standard moving forward.

TrueCapture is being used on over 80 power plants on four continents worldwide. Production gains are site-specific and some sites have seen production gains of over 4%. The technology platform has been validated by third-party independent engineers including Black & Veatch, DNV-GL, Enertis, ICF, Leidos, Luminate, RINA and UL.