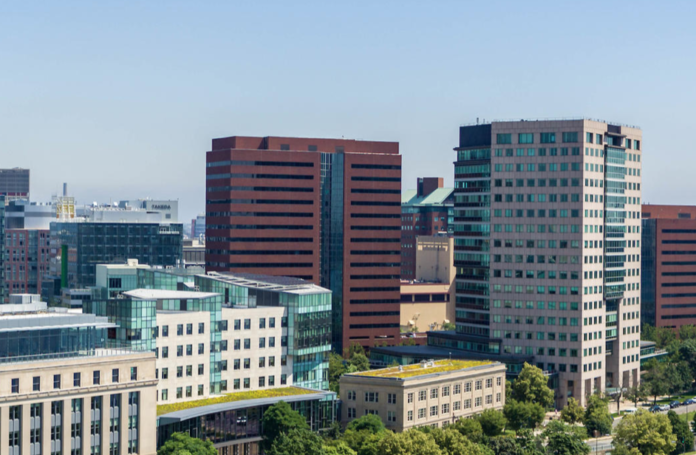 While the COVID-19 pandemic has reduced air pollution in the U.S., the longer-term impact on the environment is unclear. In a recent study, MIT Sloan School of Management Prof. Christopher Knittel and Prof. Jing Li have analyzed the short- and long-term effects, finding that the actual impact will depend on the policy response to the pandemic.

Their study suggests that pushing back investments in renewable electricity generation by one year could outweigh the emission reductions and deaths avoided from March through June.

“The pandemic raises two important questions related to the environment. First, what is the short-run impact on fossil fuel consumption and greenhouse gas emissions? Second – and more important but harder to answer – what are the longer-term implications from the pandemic on those same variables? The health impacts from the pandemic could stretch out for decades if not centuries depending on the policy response,” says Knittel.

“Overall, these reductions reflect a 15% total reduction in daily CO2 emissions, which is the largest annual percentage decline for the U.S. in recorded history. We estimate that the shutdowns saved about 200 lives per month, primarily driven by the lower emissions from transportation,” adds Knittel.

However, the professors point out that the shutdown also halted most investment in the transition to low-carbon energy. Their paper notes that global electric vehicle sales are projected to decline by 43% in 2020 due to fewer auto sales overall combined with low gasoline prices. New residential rooftop solar and storage installations also declined along with energy efficiency audits. And clean energy jobs decreased by almost 600,000 by the end of April.

In this scenario, the long-run impact on CO2 and local air pollutant emissions could outweigh the short-run reductions. The delays in investments in renewables and vehicle fuel economy could lead to an additional 2,500 MMT of CO2 from 2020-2035, which could cause 40 deaths per month on average or 7,500 deaths during that time.

“Our findings suggest that even just pushing back all renewable electricity generation investments by one year would outweigh the emissions reductions and avoided deaths from March to June. However, the energy policy response to COVID-19 is the wild card that can change everything,” the researchers wrote in an article for Joule.

Li says that budgets will be strained to pay for the costs of the virus, making it challenging to invest in clean energy. And if a recession persists, there may be pressure to lessen climate change mitigation goals. However, stimulus packages could focus on clean energy, increasing clean air, clean jobs and national security.

Li and Knittel are coauthors of “The short-run and long-run effects of COVID-19 on energy and the environment” with Kenneth Gillingham and Marten Ovaere of Yale University and Mar Reguant of Northwestern University. Their paper was published in a June issue of Joule.