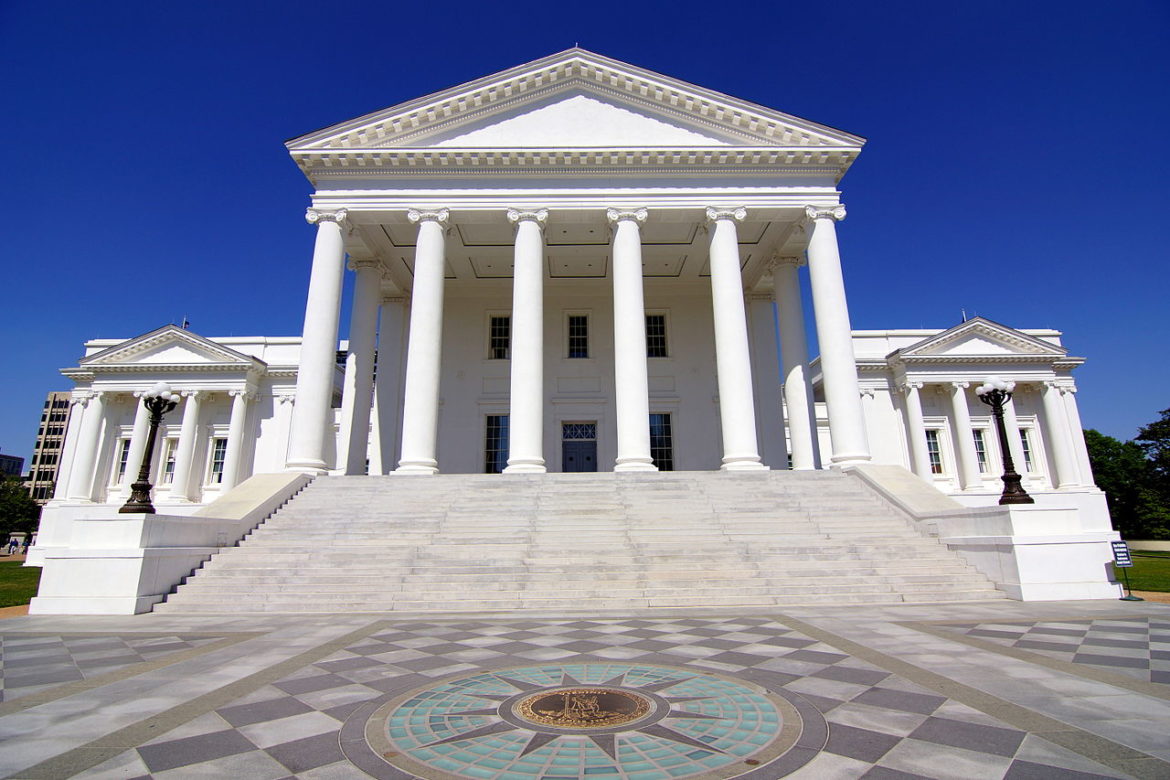 The Virginia Statehouse in Richmond.

Mike Tidwell is the director of the Chesapeake Climate Action Network and CCAN Action Fund.

It’s been an action-packed couple of weeks in Virginia’s legislative session, particularly if you’ve been following activity around proposals to establish a clean cars standard for the state.

In a shot heard ‘round the national automotive industry, the Virginia Automobile Dealers Association announced its support for clean cars through House Bill 1965. Its press release reads: “All-in for EVs.” It’s an unexpected, but welcome, development, and one that should help seal the deal on the bill’s passage. Establishing clean cars standards has drawn other unlikely supporters, including Lyft and Ikea, too.

One organization, however, is in notable opposition: a national car manufacturing trade group called the Alliance for Automotive Innovation.

One would think, given their supposed vision of supporting “cleaner, safer and smarter personal transportation,” they’d be the ones who were “all-in” on EVs. Instead, they’re using the flimsy excuse that the bill won’t guarantee consumer EV sales as an apparent effort to slow-roll progress in an industry they claim to represent. After all, what’s more critical to advancing automotive innovation than growing the electric vehicle market? How, in fact, do you propose to achieve a cleaner, smarter transportation platform without being “all-in” on EVs?

And meanwhile, Maryland and Washington, D.C., have operated for years under the same basic car standards proposed under the Virginia bill. I know because my regional organization helped pass those laws to the north more than a decade ago.

Vehicle electrification is an important next step in the inevitable transition toward a clean energy economy. With President Joe Biden already assertively addressing climate change, many EV naysayers finally saw the writing on the wall and agreed it is in Virginia’s best interest to design the state’s clean cars standards now, rather than wait for a federal policy to be handed down.

It’s better to be ahead of the curve than be hit by a curveball.

Big players in the automotive industry are already in the game, too. General Motors announced recently an all-electric fleet by 2035, and Ford has committed to being carbon neutral. Daimler and Volvo, two behemoths in the truck business, have set a 2040 date by which to achieve zero-emission sales. Big U.S. companies with massive fleets — like Pepsi, Amazon, and Walmart — have adopted zero-emissions vehicle targets. These are substantive companies with the potential to make a real difference.

Tesla, in spite of some ups and downs with its leadership and business model over the years, has always been in it to win it. The company is innovating and expanding its footprint, including a bid to open three more Tesla dealerships in Virginia. The fate of the company hinges on what it’s known was coming: that eventually the entire country will adopt clean cars standards.

By the time that comes to fruition, Tesla will have been one of the longest-operating luxury electric vehicle manufacturers and retailers in the market.

VW continues to bungle its opportunity, not yet seeming to have changed its tune on reducing transportation emissions. Its embarrassing (and expensive) emissions falsification scandal should’ve turned the company into outspoken EV advocates, but instead it’s embracing its roots and opposing clean cars standards in Virginia.

Fortunately, though wholly unintentionally on VW’s part, its efforts to circumvent emissions regulations resulted in a $2 billion “donation” toward the electrification of municipal fleets and installation of public charging infrastructure across the country. In Virginia, money from the VW settlement is being used to install fast chargers within 30 miles of 95% of residents, eliminating the “range anxiety” some EV skeptics cite. We’re making the best of the bad situation VW created, but it’s shameful the company is still fighting this uphill battle.

And so, with the writing on the wall and legitimately influential corporations on the record as “all-in” on EVs — including the dealers — where is the Alliance for Automotive Innovation on Virginia’s clean cars standards? It’s opposing the legislation at every step with obfuscation that completely contradicts its name.

The legislation on the table would ensure that Virginia dealerships have plenty of EVs available for their customers. It would keep folks from traveling to Maryland — or farther — to find and buy the vehicles they want, which would help customer satisfaction while preserving dealership jobs and sales revenues in the commonwealth.

Transportation pollution is also bad for our health. In Virginia alone, more than 750 people die prematurely each year because of it. Many more are impacted by respiratory illnesses associated with pollution. This pollution is harming our planet, too, accelerating and worsening the impacts of climate change, transforming weather patterns, and changing the world as we know it. It’s time to take a stand. By every definition, this bill would be good for Virginia’s economy and Virginia’s people and should be a no-brainer for the Alliance.

We can’t allow the Alliance for Automotive Innovation to call the plays. It’s time to get in the game and it’s time for all of us to be “all-in” on clean cars standards.