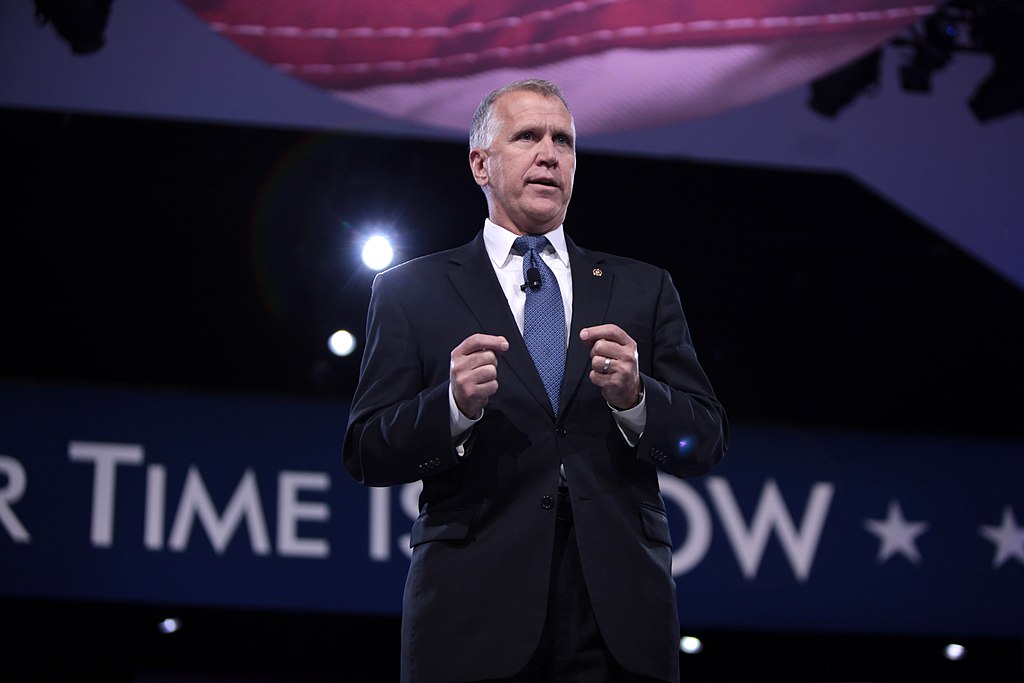 Tom Darden is CEO of Cherokee, a North Carolina-based investment company, and a member of the Environmental Defense Fund’s North Carolina Advisory Board.

With a closely divided Congress and big challenges to meet, America needs leaders willing to find solutions that can be embraced across party lines. Our newly reelected U.S. senator, Thom Tillis, may be showing the way forward.

North Carolinians, like most Americans, are deeply concerned about growing the economy and creating jobs. Sen. Tillis has identified a strategy for doing that which has a real chance for bipartisan support: Boost clean energy jobs.

“As we work together to rebuild our post-pandemic economy,” the senator recently said, “we can grow clean energy jobs, promote American innovation, and continue to lead on driving down our carbon emissions.”

Tillis’s approach is backed up by the facts. Before the pandemic recession, the clean energy industry was creating jobs 70% faster than the economy as a whole. With solar and wind now among the cheapest forms of energy, expect that boom to continue.

The electric trucks, buses and cars have the same bright employment prospects, with every major car and truck manufacturer investing in pollution-free vehicles. New or retooled electric vehicle factories are opening across the country, from Arizona to Michigan to Texas.

To make the necessary transformation, America should build a much bigger network of charging stations for vehicles of all types — growing from 68,000 in the United States last year to around 500,000 by 2030. We must also transition to 100% pollution-free new on-road trucks and buses by 2040 and 100% pollution-free new cars by 2035. And we also need to move to an electricity system that is 100% clean by 2035 to power all those EVs.

The electric vehicle transition would notably benefit North Carolina’s rural communities, many of which are already overburdened by pollution from both the electric power and transportation sectors.

Rural areas have been the primary neighbors of coal and gas plants, and multi-lane highways often pass by their communities, exposing them to vehicle pollution. Expanding electric vehicle use would reduce transportation-related pollution, while also reducing power bills.

Roanoke Electric Cooperative recently announced a pilot program to expand charging infrastructure with two-way charging capabilities, allowing the utility to tap into electricity stored in vehicle batteries to power homes and businesses during times of high demand. Since power used during high-demand times is expensive and generated from gas, using electricity stored in vehicle batteries will result in lower monthly power bills — and better air quality for all North Carolinians.

We know we can achieve these goals, in part because the market is moving in that direction now. Leading power companies, including Duke Energy and Dominion Energy, have committed to moving to net zero climate pollution, so we know real progress is possible. Car companies and large truck manufacturers are moving fast as well. For example, Ford’s $11 billion investment in electric vehicles, which includes $700 million to build the electric F-150 pickup in Michigan, produced 3,000 new jobs.

As a leading Southern Republican, Sen. Tillis has the opportunity to show the nation that creating jobs and reducing pollution are not partisan goals. Having recently won another 6-year term in the U.S. Senate, he is in a position to help end the stalemate in Washington and begin to solve some of our toughest challenges. It’s time to get beyond rancor and division and find areas of common ground that will advance clean energy, grow North Carolina’s economy, and take meaningful steps toward creating a pollution-free power and transportation sector that makes our air healthier and safer for all North Carolinians.

Tom Darden is CEO of Cherokee, a North Carolina-based investment company that blends capital with creativity, experience and resolve to provide superior financial, environmental and social returns for investors, partners and communities. He is a member of the Environmental Defense Fund’s North Carolina Advisory Board.