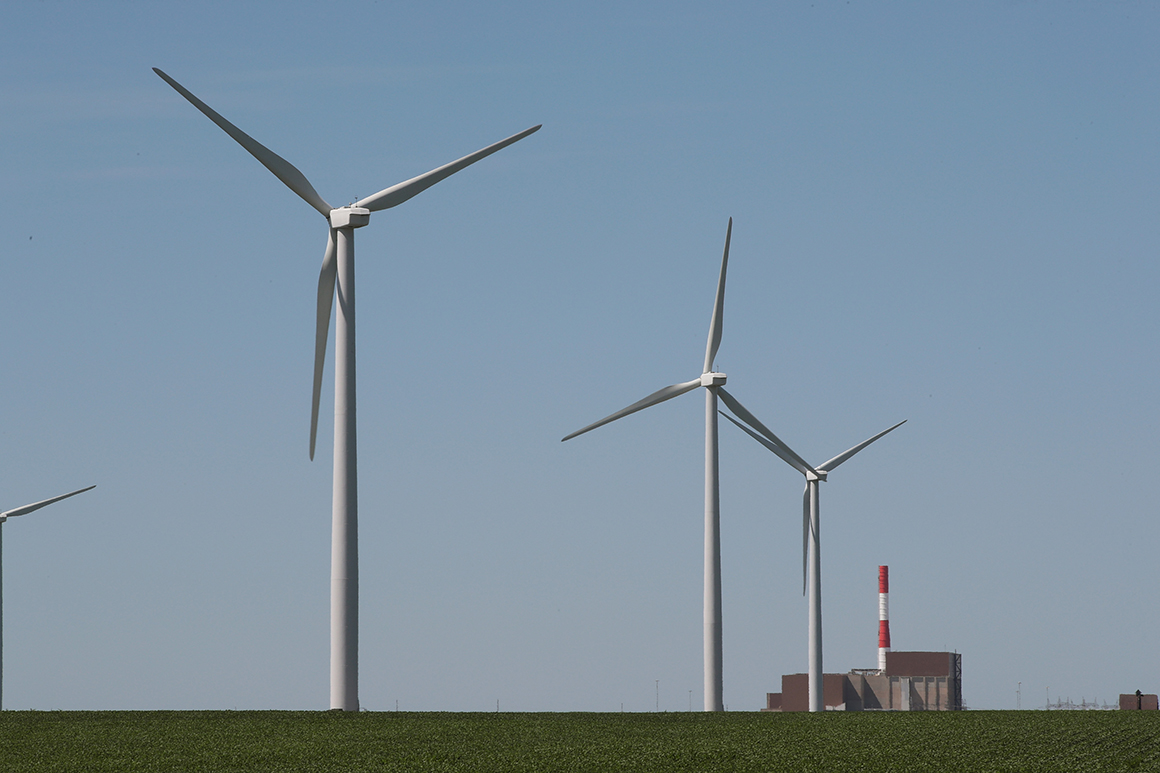 Clean energy companies and advocates are blasting Democrats in the House for neglecting to give the industry any help in its pandemic relief bills, even as the sector reports hundreds of thousands of job losses and the chamber offers aid to sectors like cannabis and biofuels.

Some industry trade associations and green groups appear content to wait for a future aid bill. But other clean energy backers say the House Democrats’ latest $3 trillion bill blows another chance to help the ailing sector and at the same time push one of the party’s top policy priorities of addressing climate change — and they’re tired of waiting until next time.

“This is an active decision on the part of [House Speaker] Nancy Pelosi to say ‘this is not the right time to bring up your issues.’ And remember she screwed us in December too,” said Jigar Shah, president of clean energy investment firm Generate, referring to the spending deal that omitted extensions of tax incentives for renewable energy sources. “She didn’t go to the mat for us then either. So, it’s not like this is one time. In general, what I would say is we’re not on the top of her list, and that’s a problem.”

Democratic lawmakers contend they haven’t forgotten renewable energy but say they are wrestling with an overwhelming number of sectors in dire financial need, and they expect it to be a pillar of forthcoming infrastructure legislation. Republicans have resisted further relief legislation to date.

Rank-and-file Democrats in the House point out that Pelosi had said weeks ago that the HEROES Act which the chamber passed last week, would remain narrowly focused on coronavirus-related relief. However, the bill does include provisions on cannabis banking and direct relief for biofuels producers while offering nothing to clean energy, which industry groups estimated has lost nearly 600,000 jobs since the start of the pandemic.

“It’s frustrating,” said Dylan Reed, legislative director at the trade group Advanced Energy Economy. “Governing is about priorities, and we’ve had really really productive conversations with Congress about the opportunity for clean energy in the last year and a half … and yet we lose nearly 1 in 5 clean energy jobs in six weeks and the response is, ‘Let’s wait until the end of summer.’”

Several House Democrats and clean energy industry leaders said they had pressed leadership in the drafting of HEROES for assistance, particularly a provision last used in 2009 that would convert the sector’s federal tax credits to direct cash grants.

“I’ve been disappointed that we have not [done more]. We’ve done a lot of good bills that are kicking around through committee, but as far as what’s come to the floor, I think we can do better,” Rep. Sean Casten (D-Ill.), a former clean energy entrepreneur, told POLITICO. “I share the frustration and continue to push to bring more clean energy stimulus forward.”

But other Democrats called for restraint, promising that opportunities to help the struggling industry would emerge. Rep. Earl Blumenauer (D-Ore.), a senior member of the Ways and Means Committee, said he’s pressing his committee and House leadership for direct payment of renewable tax credits but urged advocates to remain patient as he believes Congress will ultimately need to enact several more relief packages.

“This is something that I wanted to be part of it — I’d been fighting for it — but people need to be realistic. There is an avalanche of requests that have been made,” he said in an interview. “I will continue to argue for patience and persistence.”

Several senior Democrats said they were confident that House leadership would prioritize clean energy initiatives as the chamber shifted from addressing the most immediate health needs toward developing economic stimuli and an infrastructure package.

“Now that we have stabilized the [health] response area — we’ve got work that continues there — but now we can broaden the horizon and reach that recovery stage,” Rep. Paul Tonko (D-N.Y.), chairman of the House Energy and Commerce Environment Subcommittee, told POLITICO. “Certainly, clean energy is at the epicenter of that agenda.”

Tonko believes public pressure will force Republicans to the table to negotiate a stimulus package and that clean energy can “absolutely” be part of those discussions, even though it was not included in the HEROES Act. He said he’s been in contact with the Ways and Means Committee to encourage renewable energy tax extenders and in hopes some of them can be offered “in a way that provides immediate grants” to projects.

A senior House Democratic aide said the HEROES Act didn’t contain “industry-specific assistance” and that a “major infrastructure investment will be in future legislation.” And the person noted clean energy companies could take advantage of Paycheck Protection Program and other Small Business Administration loans.

The aide argued the cannabis language is not “direct assistance” but rather offers access to the banking system, and the payments the bill would make to biofuels producers are “more about supporting farming communities.”

Some Democrats concede they are wary of pushing to help clean energy and opening up a line of attack to Republicans, who portrayed a push for wind and solar tax credits in debate over the CARES Act as an effort to enact the Green New Deal. The GOP has already gone on the attack, regardless, with Rep. Chris Stewart (R-Utah) bashing the HEROES Act over its “Green New Deal priorities,” even though the package does not contain any climate change measures.

“This package and the ones before it have shown a total absence of recognition that we need to be building a clean energy economy to provide growth and to build resilience against another pressing threat in the climate crisis,” said Sam Ricketts, a former policy advisor for Washington Gov. Jay Inslee and co-founder of climate advocacy group Evergreen who meets with the presidential campaign of former Vice President Joe Biden. “That’s a missed opportunity, to say the least.”