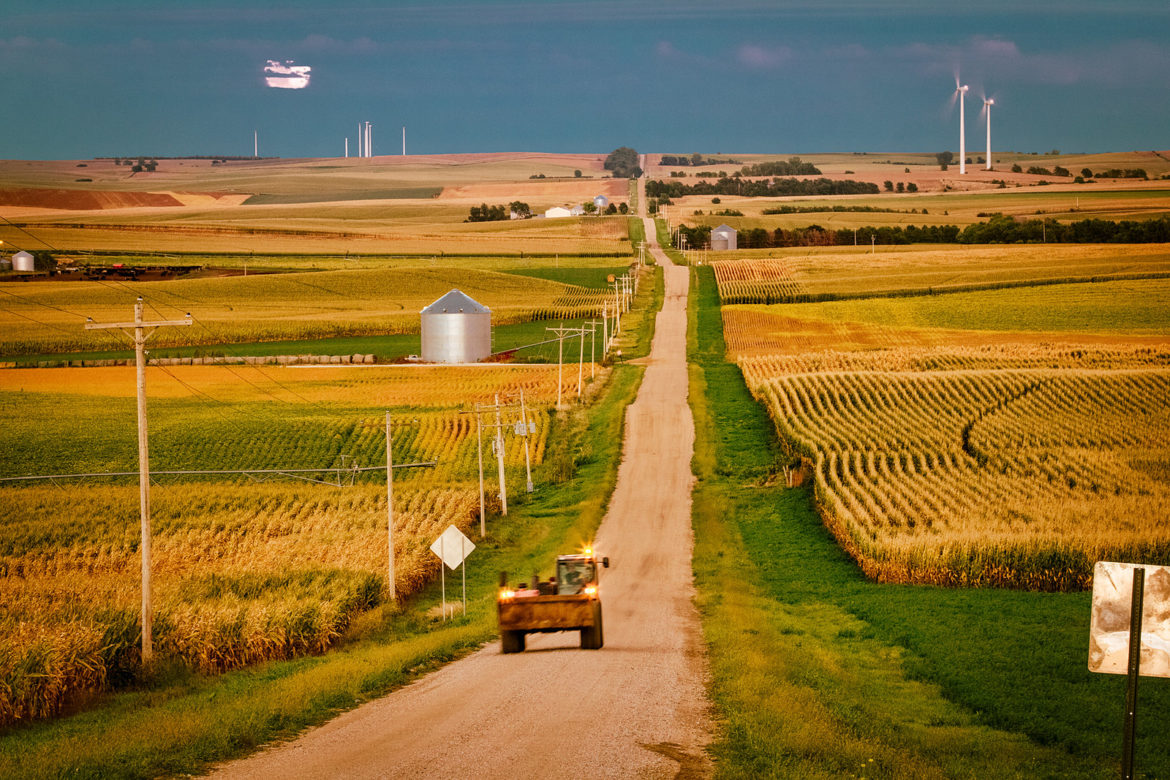 Four of 11 seats on the Nebraska Public Power District board will be decided by voters in the November general election.

Several candidates running to fill seats on the board of Nebraska’s largest utility have indicated they want to speed the company’s transition from coal to renewable power. If they’re elected in November, the Nebraska Public Power District would be the second large public utility in the state run by a board trending strongly toward more support for renewable energy.

The Nebraska Public Power District serves about 600,000 Nebraskans, most of them through 46 municipal utilities and 24 retail public power districts that purchase their power from NPPD.

“A lot of these incumbents have been advocates for the status quo: ‘If it ain’t broke, don’t fix it,’” said John Crabtree, the Nebraska campaign representative for the Sierra Club’s Beyond Coal Campaign. “One issue that separates challengers from incumbents in most of these races is the desire to see NPPD move a little faster in the transition from coal to clean energy.”

One exception, he noted, is Meg Harding, a longtime board member now up for reelection who’s been the board’s most steadfast proponent of cleaner energy. She’s being challenged by Todd Calfee, who could not be reached for comment.

Because their leadership is elected by the customer-owners, Nebraska’s public power districts are “really important venues” for the development of clean energy policy statewide, Crabtree said. The policy role played by boards of the state’s utilities is even more vital, he said, because of the Legislature’s history on clean energy issues.

Four of the 11 board positions will be decided in the November general election. In three of the districts, one challenger is taking on the incumbent. In the other district, subdivision 7, four candidates are running for an empty seat. The May 12 primary will decide which two will proceed to the general election.

Chelsea Johnson, deputy director of Nebraska Conservation Voters, said that in the last couple of elections, “voters have been electing folks who have more open-mindedness towards clean energy. I would expect this to continue.”

The views on clean energy among new NPPD candidates vary substantially. Wayne Williams, a one-time NPPD employee in the four-way primary race for subdivision 7, is unabashedly passionate about solar power. He has owned and run Innovative Solar LLC since 2015 and testified before the Nebraska Legislature in 2019 “about why we need to open the door for more solar in Nebraska.”

Although he recognizes that NPPD doesn’t require additional generation now, this electric vehicle driver believes that sales of EVs — less than 1% of all light vehicle sales in Nebraska in 2018 — will grow to “tsunami” proportions in the near future. He sees renewables — especially solar — coming into play then. Although the NPPD will need to tap coal- and gas-fired generation for years to come, Williams said, “We can look at this from a long-term planning perspective and see that we can economically move towards renewable energy.”

James Mestl, also in the four-way contest for the subdivision 7 seat, is cautious about making changes. As the vice president for branch operations and loans at Cornerstone Bank in Henderson, he deals with a lot of farmers and business owners, and said he wants to ensure reliability and low cost above all else.

He has served on the board of a telephone cooperative and said he chose to run for the NPPD board because he is “looking to learn about the electrical industry.”

Mestl observed that the electric industry is in flux, but didn’t sketch out a clear vision of where he would go as a board member.

“You see a lot of wind and solar farms going up,” he said. “Until I know the costs — and what are the consequences compared to coal and nuclear plants — I can’t say which way is the best. We don’t know how electricity will change over the next 20 years. It might be that the way we’ve been doing it is the best way to do it going forward.”

Another of the candidates, Robert Cooper, brings about 40 years of experience in the rural electric industry. He worked in a variety of jobs first for a county public power district, and then for the Nebraska Rural Electric Association.

He favors what he called “a balance of energy production.” The Nebraska Public Power District currently derives about 40% of its power from the Cooper nuclear station, 34% from coal, and 8% each from wind and hydropower.

Although he expects to see plenty of wind generation built in coming years, Cooper said, “I’m not sure how much of that the NPPD is going to purchase. I think there’s a long way to go before solar and wind can be counted on for any kind of baseload power. It’s good for filling in the cracks, but you can’t count on them to deliver power every day.”

Sheila Hubbard, another candidate in the four-way race, said growing renewables “is a priority for me.”

A schoolteacher and guidance counselor for 41 years, Hubbard has been a professional mediator for the past few years and a member of the York City Council for the past seven years.

While the Nebraska Public Power District has invested in some wind and solar generation, Hubbard said “there is opportunity for growth. Clean energy is very important to many of the constituents I’ve talked to. Number one is they want electricity to keep being reliable and affordable. But they would like for clean energy to fit into that.”

Hubbard anticipates that moving faster on renewables would require “convincing people that [electricity] will stay reliable and affordable.” But she has experience in handling tough issues. As a member of her hometown city council, she had to vote to raise taxes and make some long-postponed capital improvements.

Jeff Mulder, who is challenging incumbent Jerry Chlopek in subdivision 9, sees the potential for the NPPD to develop more renewable generation.

“I travel through Iowa quite a bit, and they’re on top of their game in terms of wind power,” he said. In the city of Norfolk, Nebraska, he’s noticed downtown businesses with solar panels on their roofs.

In his position as promotion director for Nebraska Concrete & Aggregates Association, Mulder said he is charged with encouraging contractors and architects to use concrete rather than the alternatives. He said he has worked with the building industry to foster more efficient construction. Although he cautioned that he doesn’t advocate “getting radical” nor jettisoning coal altogether, Mulder said, “We need to source some power around here and start harnessing alternative energies.”

In subdivision 2, Aaron Troester is challenging incumbent Barry DeKay. As a farmer who pays tens of thousands of dollars each year to power his irrigation system, Troester said, “I’m going to look at keeping electricity costs low. That’s what most people worry about with electricity.”

With the falling cost of wind and solar power making it in some cases a cheaper option than coal, Troester said he’s willing to consider bringing more renewables on board at NPPD.

“Everybody wants clean energy,” he said. “I’m not opposed to thinking about those things. It’s a balancing act between the efficiency of it cost-wise, and having clean energy.”

NPPD hasn’t shifted much of its generation to renewable sources. Although the utility has partnered with several communities to develop community solar projects, the total power produced doesn’t amount to much.

Troester said he is “not opposed to renewables, but I’m not real gung-ho where we have to be all renewables in the next 10 years. I’m not a fanatic one way or the other. I’m open minded.”