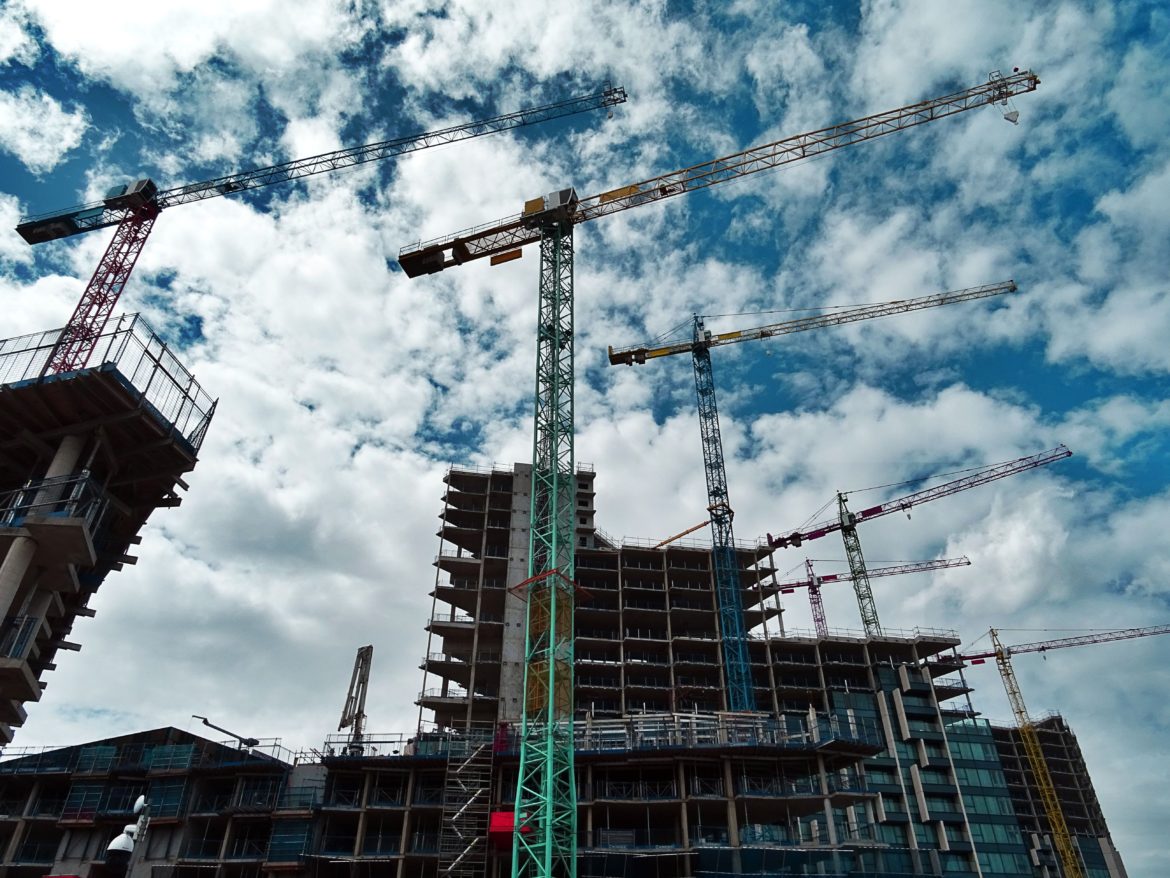 The International Code Council is set to consider a proposal that would strip public sector members of their voting rights on updates to influential model building energy code.

Months after record participation by state and local governments helped pass one of the most ambitious building energy code updates in years, the organization that oversees the process is taking steps that would sideline thousands of public sector members from voting on future updates.

Energy efficiency advocates say the proposed changes would give outsized influence to the National Association of Home Builders and other industry groups and make it more difficult to incorporate stricter efficiency requirements into future model energy codes.

“This could potentially strip out the public sector voice in the process, or at least reduce it greatly, which is concerning because it’s supposed to be a code enforced by public officials for health and safety, among other reasons,” said Kathryn Wright, building energy program director with the Urban Sustainability Directors Network, which opposes the changes.

The International Code Council, a nonprofit that oversees the development of building energy codes, is considering changes this month that would put decisions on future energy codes in the hands of a committee comprised of code officials, industry groups and other stakeholders, including some representing clean energy groups.

The proposed overhaul is in response to concerns raised by industry groups representing homebuilders and developers over the recently completed code development process during which a record number of state and local government officials cast votes, helping win approval for a slate of efficiency-boosting changes.

“The fact that this is happening now, when government voters are more engaged than they’ve ever been before — the timing makes a number of us relatively suspicious,” Urbanek said in an interview.

The International Code Council said it heard feedback from “many stakeholders, including code officials, energy policymakers, home builders, the design community and industry representatives,” which “made it clear that improvements are needed to keep up with rapid changes and advancements in technology related to energy conservation,” according to a notice the organization sent to stakeholders.

“I don’t know that the timing of it is necessarily suspicious,” said Mike Pfeiffer, the council’s senior vice president of technical services, in an interview. “I think a lot of the concerns center around the ability of people to participate. [The proposed] process is open, no different than our [current] code development process. The big change is one of who ultimately makes the final decision.”

In a Dec. 9 letter, International Code Council CEO Dominic Sims and President Greg Wheeler stated the proposed changes would allow the organization to “update the [energy code] more quickly to respond to the growing concern about climate change,” while protecting “against undue influence from one segment of the industry.”

Efficiency advocates said the proposal would do just the opposite and have accused the code council of attempting to fast-track the changes with limited input from the government representatives who ultimately enforce building codes. After communicating the proposed changes in December, the council gave stakeholders until Jan. 11 to submit comments and is scheduled to discuss the matter during a board meeting later this month.

A majority of comments submitted as of Jan. 8 opposed the changes.

“The proposed approach gives every appearance of appeasing one industry segment, while squelching the full range of state government views,” stated a letter from the National Association of State Energy Officials. “Exacerbating this situation is ICC’s choice to offer a mere three weeks to comment on the proposal, during a period that includes holidays and is in the midst of a deadly pandemic where state government officials are scrambling to aid in saving lives and coordinate vaccine delivery.”

After decades of modest efficiency gains, clean energy and efficiency advocates launched an effort prior to the latest code development cycle to boost voting among eligible government officials who work for building departments or other departments connected to public health and safety — including fire, housing, sustainability, natural resources and utilities.

The get-out-the-vote campaign worked, with hundreds of government officials participating for the first time to pass new requirements such as tighter building envelopes and improved insulation.

Buildings account for about 40% of all energy used in the United States. The resulting 2021 International Energy Conservation Code is expected to increase efficiency by 8% to 14% in new buildings, reducing carbon emissions by up to 50 million metric tons per year by 2030, according to projections by the Institute for Market Transformation. The emissions reductions would be equivalent to shutting down 47 coal-fired power plants, according to the U.S. Environmental Protection Agency’s Greenhouse Gas Equivalencies Calculator.

Although the International Code Council energy code is not universally adopted, it serves as a model and is adopted as law by jurisdictions in all 50 states.

“We listened to what government officials needed, which is an energy and a climate policy that meets their goals,” said Bill Fay, head of the Energy Efficient Codes Coalition, which helped organize governmental voting members.

In response to the record voting turnout, industry groups alleged voting irregularities and “improper use of voting guides” that had been distributed by efficiency advocates.

“They figured out a way to work the system,” said Craig Drumheller, assistant vice president of construction codes and standards for the National Association of Home Builders. “I don’t know who those people [who cast votes] are. But I would prefer a group of experts that can sit down and make rational decisions.”

The chair of another homebuilding group, the Leading Builders of America, said in a video that the code development process had been “manipulated to the benefit of special interest groups at the expense of future homebuyers.”

In response to claims by the industry groups, the code council conducted a review of the voting process and found no evidence to support the claims.

Still, the National Association of Home Builders, Leading Builders of America and other groups were successful in appealing a handful of approved pro-efficiency changes, including one that would have required electric vehicle readiness components for new homes and commercial buildings, in addition to other efficiency requirements related to residential water heaters and replacing gas appliances. The industry groups say many of the approved efficiency requirements are not cost-effective and will not benefit consumers.

Although the International Code Council maintains that its process for developing the energy code — and deciding how the process works — is balanced, it was at the recommendation of the council’s three-person Appeals Board — one member of which is a longtime member of the National Association of Home Builders — that the organization decided to move forward with the proposed changes. And it was the home builders’ Drumheller who formally motioned for the code council to proceed with the changes, which would take votes away from government officials.

“Government civil servants are best positioned to carry out a democratic process that represents the interests and values of their residents,” stated a letter to the council from Seattle city officials opposing the proposed changes, “not industry trade groups or other groups such as fossil fuel trade associations, manufacturers or insurance companies, who have a clear vested financial interest in the outcome of code.”

If approved, efficiency advocates worry the new code development process would give outsized influence to the National Association of Home Builders and other industry groups, especially given the International Code Council’s track record. In October, the New York Times revealed a secret agreement between the code council and home builders association that gave the industry group a disproportionate number of voting seats on two key committees, allowing it to block pro-efficiency proposals.

The revised code development process currently being considered would give the final vote on energy code changes to a committee that, per code council rules, cannot include more than one-third of members from the same “interest category,” said the council’s Pfeiffer.

The new process would “provide more time for technical discussion” to “address many of the concerns raised by energy advocates, architects and others,” according to the council’s Dec. 9 letter.

“The energy codes are getting more complex, and things just need a finer point on them and they need to be looked at in a macro way rather than in a micro way,” said Drumheller, of the home builders association.

“This is a bogus argument,” he said, adding that complexity was never cited as a problem during the code development process. “This has been an incredibly successful code. The participation has grown, and [the code council] says that that’s important. And so what are you going to do now? You’re going to scrap the whole thing?”The International Code Council’s Board of Directors is scheduled to discuss the proposal during its Jan. 21 meeting.

Alex is a Chicago-based journalist who spent nearly three years covering the environment and public health for the website of WTTW/PBS Chicago, with previous stops at GateHouse Media New England, MLB.com and other news organizations. He has reported on topics including sexual abuse in youth sports, police misconduct, counterterrorism programs and immigration. His work has been published by Chicago magazine, ProPublica Illinois, WBEZ, Tribune Publishing, ESPNChicago.com and other outlets.