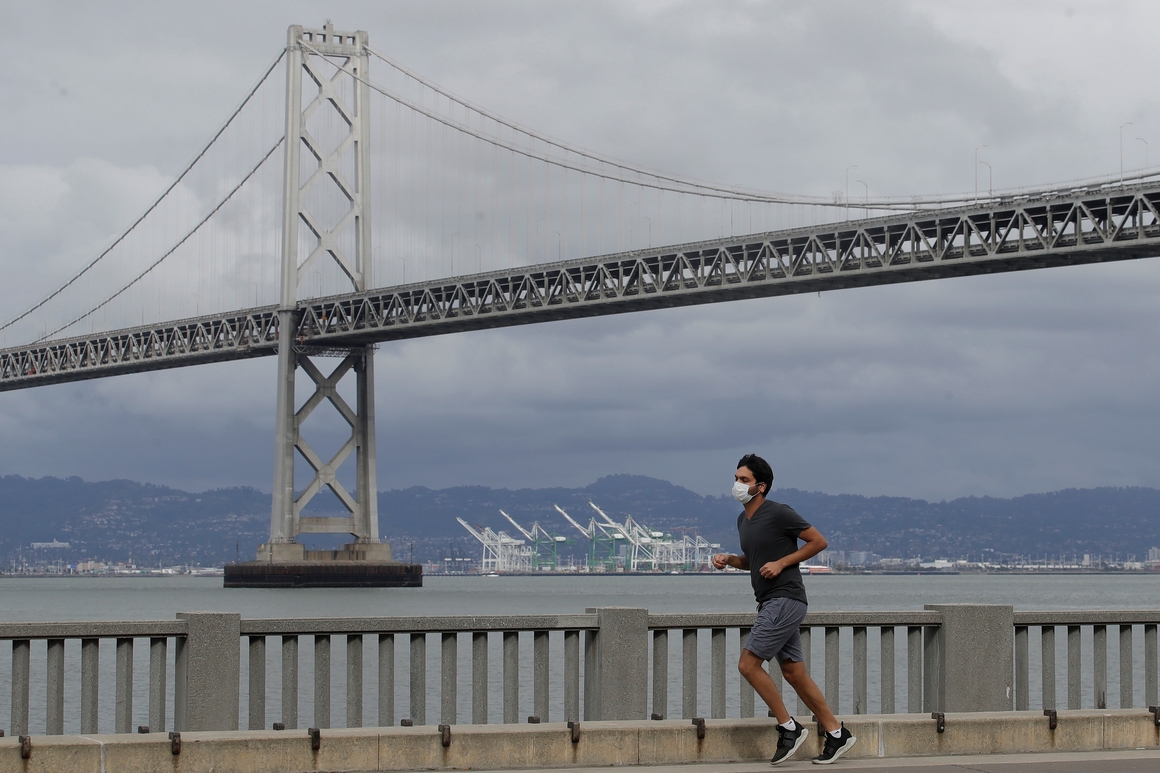 A man wears a mask to protect himself from the coronavirus while running in front of the San Francisco-Oakland Bay Bridge. | Jeff Chiu/AP Photo

California’s population growth rate dropped to a historically low level for the third consecutive year in 2019 as the state’s cost of living continued to climb, according to preliminary population data released by the Department of Finance today.

California saw an increase of about 87,000 residents last year for a growth rate of about 0.2 percent, the slowest increase in population recorded since 1900.

DOF now estimates that California’s population sits at 39.78 million, and the state’s march toward 40 million may be further behind than previously thought.

Those with a keen memory may recall DOF said in December that the state had reached 39.96 million people and stated a year ago the population was at 39.93 million. The department has since revised its past estimates downward to reflect updates in domestic migration data from the Internal Revenue Service and international student data from the Department of Homeland Security.

Continuing with recent trends, growth remained strongest in rural cities and inland counties around the Inland Empire and Central Valley. Seven counties had growth rates of at least 1 percent, with Glenn, Yuba and Placer counties leading the way at more than 2 percent each.

Of the state’s 10 largest cities, only Bakersfield and Sacramento surpassed the 1 percent growth mark. Los Angeles County, the most populous in the state, lost population for the second year in a row, while most coastal cities saw growth near zero or a loss of population.

In the aftermath of the late 2018 Camp Fire, Butte County lost more than 5 percent of its residents, by far the largest decrease in the state.

The DOF estimates are based on data collected through Jan. 1, 2020, and did not factor in the impacts of the coronavirus pandemic.