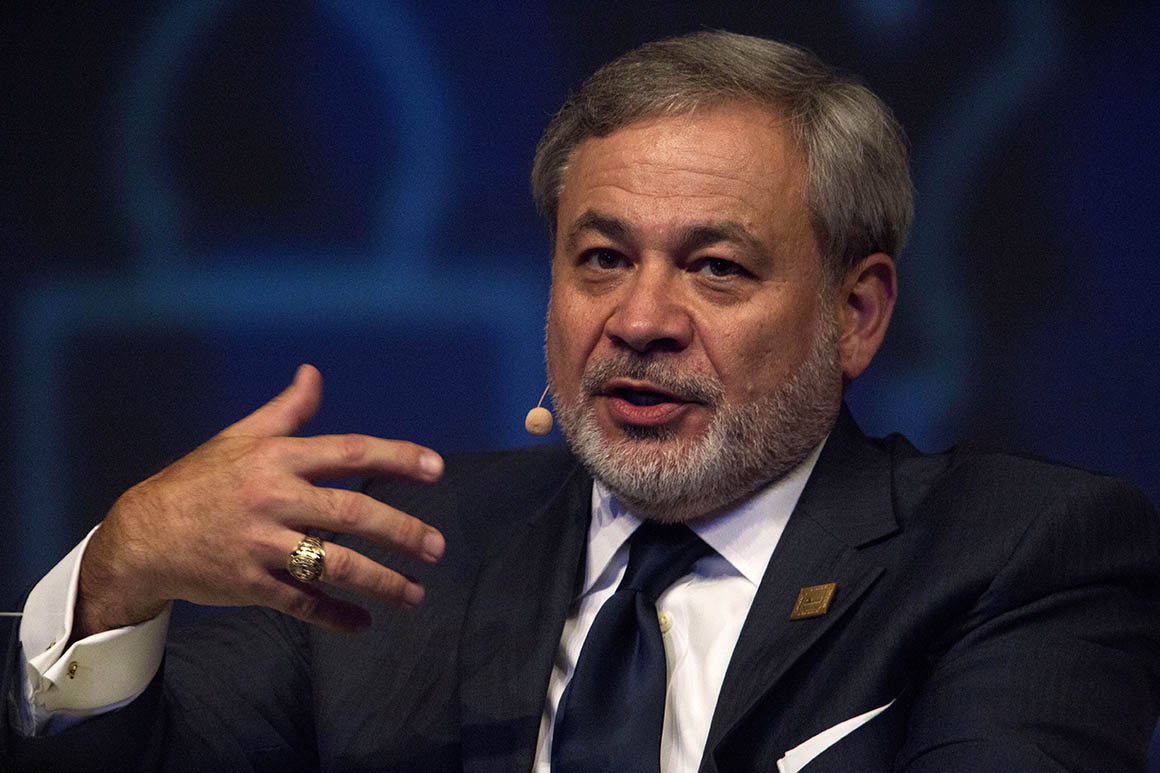 Energy Secretary Dan Brouillette downplayed industry concerns that work on new clean energy projects could be disrupted because of President Donald Trump’s executive order to protect the power grid, saying he doesn’t expect “any problems or uncertainty” for developers.

Trump directed DOE on May 1 to identify and ban power grid devices from foreign suppliers that could threaten national security. Renewable energy and power storage developers are worried the order’s language is so broad — covering nearly 20 types of equipment — that they may be forced to put projects on hold for fear their components could be banned.

In an interview with POLITICO on Tuesday, Brouillette called some of those concerns “unfounded” and said the order only targets equipment used in large-scale power generation and transmission lines. It won’t include devices like rooftop solar arrays or home batteries on smaller-scale local utility systems, he said.

“What we’re talking about here is the bulk power system, being the part of the grid that provides enormous amounts of generation,” Brouillette said. “These are large transformers, really the backbone of the electricity grid itself. It is not the distribution network that runs to your house or the pieces of equipment that are much smaller in nature.”

DOE Assistant Secretary Bruce Walker, who also participated in the interview, acknowledged those projects connected to the transmission system will “fall within the purview of this executive order,” but he said the agency would work with developers concerned about their components.

“For any of the developers doing that kind of work, working with … the transmission systems they are tying into would be highly advised, and is something they’d have to do anyway for the interconnection agreements,” Walker said. “And likewise, they can also work with the Department of Energy with regard to understanding places on the system that we’re more concerned about or not.”

Some renewable energy developers complain that trade with China on some grid devices has already dried up since the executive order. Buying bulk power equipment from China is “a non-starter” until DOE’s final rules come out, said Tim Rebhorn, a managing partner at clean energy investment firm EnCap Investments.

The executive order directs DOE to release those rules by late September.

Brouillette said he recognizes the trade tensions are “real” and “serious,” but downplayed their impacts on U.S. energy projects, saying he does not “foresee any stalling or serious delays coming up.”

“There can be different interpretations of the bulk power system, but I think it’s fairly clear,” he said. “There will always be people that disagree with whatever approach the government chooses to take … but we can work through these issues.”

“I think trade moves across borders on a regular basis,” he said. “We’ve seen it move from the U.S. to lower cost producers, lower cost manufacturers. This happens every day as part of the normal and customary trade practices of both the industry and of governments. So I don’t see this as unusual and I don’t see it as something we can’t manage over the long term.”

Clean energy developers, who like other industries have suffered from the pandemic lock downs, have criticized DOE for not giving the sector any advance warning for the executive order. But Brouillette said he thinks the order was “rolled out very appropriately” and that no one should have been caught off guard.

“These are not new issues. Anyone who has been in this industry, anyone who’s been involved with anything that is very heavily dependent on or uses technology in any way, shape or form shouldn’t be surprised by this activity,” Brouillette said. “Can we work with industry more closely, can we make them aware of what we may do in terms of a future regulatory action? Of course, and as part of that process our door will remain open.”