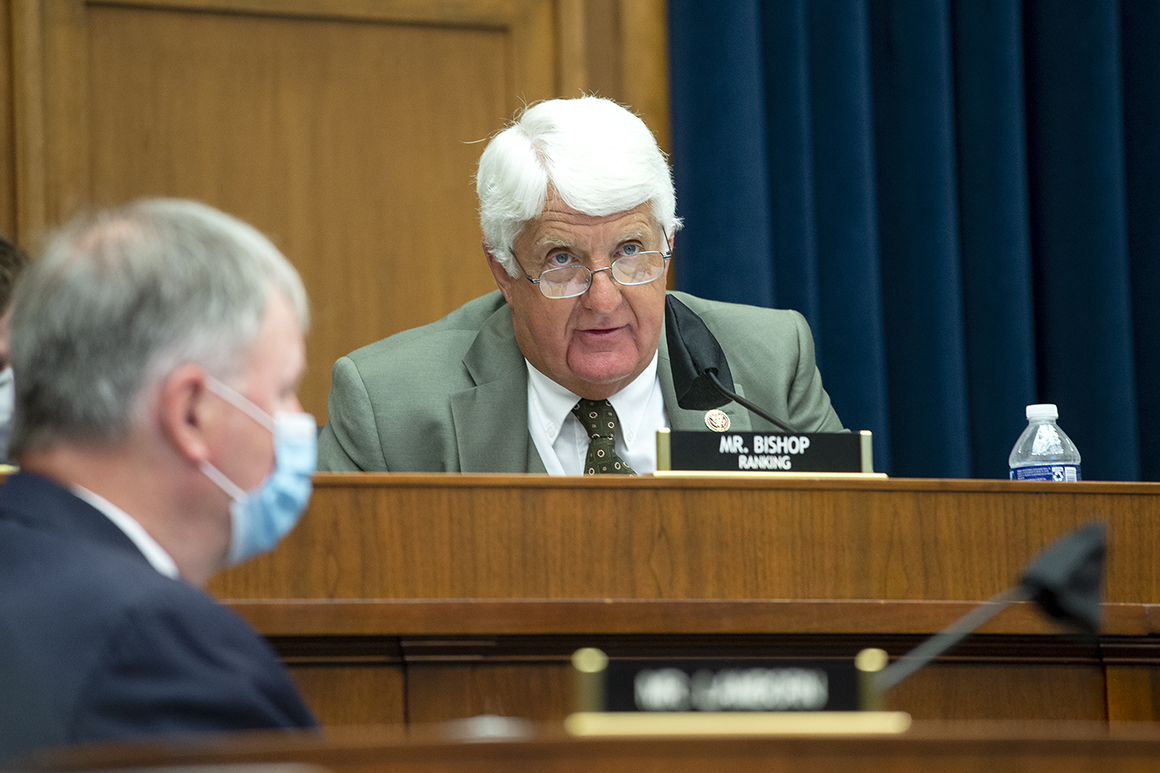 A little noticed provision tucked into the Great American Outdoors Act could potentially deprive eastern states of hundreds of millions of federal dollars to add new forest acreage within their borders.

That’s the argument Rep. Rob Bishop (R-Utah), ranking member of the House Natural Resources Committee, is making to try to derail passage of the legislative package that would permanently fund the Land and Water Conservation Fund and provide billions to address deferred maintenance on the nation’s public lands.

“For an easterner, you’re taking money away from your own constituents and you’re giving them a really bad fiscal policy,” Bishop told POLITICO. “I just wonder how many people actually are thinking through what they are talking about.”

Bishop’s push faces long odds given the Majority Leader Steny Hoyer has already announced a late July vote on the legislation, which passed the Senate 73-25 in mid-June and enjoys the support of President Donald Trump. A companion House bill currently has 186 co-sponsors, including several dozen Republicans.

At the heart of Bishop’s argument is a “conforming amendment” at the bottom of page 14 of the 16-page bill. The language removes a decades-old provision in the original 1964 LWCF Act mandating that “not more than 15 percent of the acreage added to the National Forest System pursuant to this section shall be west of the 100th meridian” unless specifically authorized by Congress.

In theory, that means 85 percent of land acquisition should have been to the east of that line running from North Dakota to Texas that essentially bisects the country into eastern and western halves. However, the Government Accountability Office concluded in a December 2019 report that 80 percent — 121,909 of the 153,228 acres of land acquired between 2014 and 2018 — occurred west of the line.

The Forest Service acknowledged it was aware of the 100th meridian requirement, but argued since Congress appropriates funds from LWCF for land acquisitions that it had effectively authorized those purchases.

“While the Forest Service acknowledges the 100th meridian provision in its letters to the regions, the agency has not taken steps to ensure compliance with it,” the GAO report concluded.

However, that changed in April when a Forest Service official said in an email obtained by POLITICO that the agency determined it “must immediately” enforce the 100th meridian provision and direct more funding to the eastern states.

Bishop contends that the conservation bill, which would guarantee $900 million annually to LWCF, would steer the money away from eastern projects now that the 100th meridian requirement is being actively enforced by the federal government.

In a letter to lawmakers, he warned the provision in the bill was a “wolf in sheep’s clothing” for eastern states.

Bishop has long been a critic of LWCF, though he struck a key compromise previously with Natural Resources Chair Raúl Grijalva (D-Ariz.) to ensure that 40 percent of the fund goes toward state programs and at least another 40 percent goes toward federal ones. But he’s also stunned members of the Appropriations Committee would cede their authority to fund the program and diminish their oversight.

“Everything ought to be subject to appropriations,” the Utah Republican said. “Giving over their authority and responsibility is just as bad as actually doing mandatory [spending] in the first place. Appropriators should recognize this.”

Bishop wouldn’t speculate as to whether the top GOP lawmakers’ backing of the bill is linked to electoral politics given the competitive races that two of its lead Republican sponsors, Sens. Cory Gardner (Colo.) and Steve Daines (Mont.), are expected to face this fall.

“All I can see is that what they are doing is really bad public policy,” Bishop said. “But for me to equate why somebody is doing that would be totally unfair.”