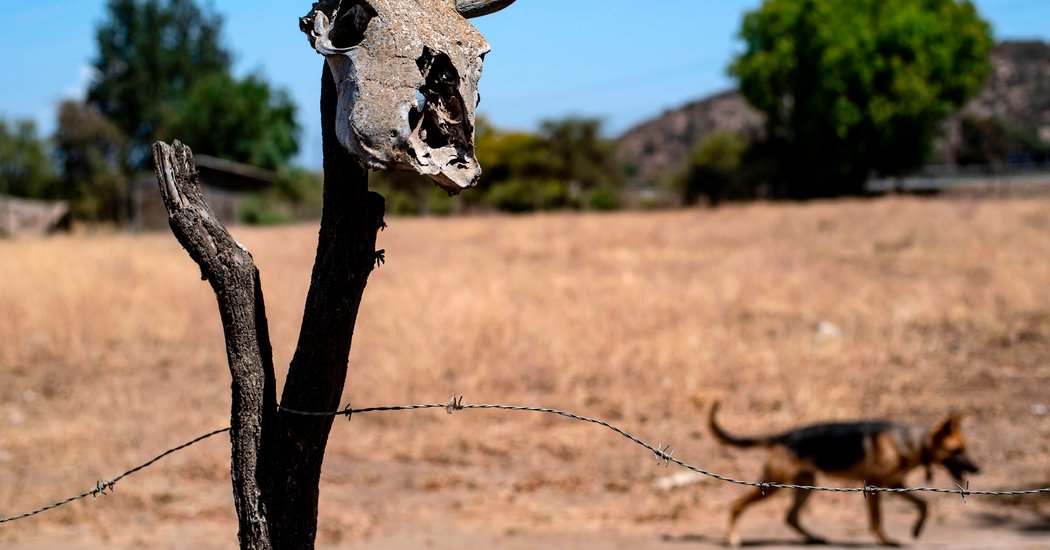 As the climate continues to warm over the next half-century, up to one-third of the world’s population is likely to live in areas that are considered unsuitably hot for humans, scientists said Monday.

Currently fewer than 25 million people live in the world’s hottest areas, which are mostly in the Sahara region in Africa with mean annual temperatures above about 84 degrees Fahrenheit, or 29 Celsius. But the researchers said that by 2070 such extreme heat could encompass a much larger part of Africa, as well as parts of India, the Middle East, South America, Southeast Asia and Australia.

With the global population projected to rise to about 10 billion by 2070, that means as many as 3.5 billion people could inhabit those areas. Some of them could migrate to cooler areas, but that would bring economic and societal disruption with it.

The parts of the world that could become unsuitably hot “are precisely the areas that are growing the fastest,” said Timothy A. Kohler, an archaeologist at the University of Washington and an author of the study, which was published in Proceedings of the National Academy of Sciences.

The 3.5 billion figure is far higher than most estimates of the global population that will face the most dire impacts of climate change. A 2018 World Bank study, for example, estimated that climate change would force about 140 million people in Africa, South Asia and Central and South America to migrate within their own borders by 2050.

Dr. Kohler and his colleagues said the 3.5 billion figure was a worst case, based on emissions of greenhouse gases continuing to increase substantially in coming decades. If emissions decline and warming slows, they said, the number of people affected could drop to about a billion.

“Our core result is what you could call a sensitivity of humanity to warming,” said another of the study’s authors, Marten Scheffer, a professor of complex systems sciences at Wageningen University in the Netherlands.

The researchers examined the “climate niche” for humans, or temperature ranges at which most of the world’s population has lived over time. They wondered if human settlement would be restricted to areas within a certain temperature range, just as other creatures occupy habitats with suitable temperatures.

“We didn’t think that would be the case,” Dr. Scheffer said, because people have clothing and technologies like air conditioning and heating that, over centuries, would have enabled them to populate areas with a much broader range of temperatures.

While it is true that some people live in more extreme conditions, the researchers found that the majority of the world’s population lives in areas within a narrow temperature range, with mean annual temperatures of about 50 to 60 degrees Fahrenheit (or 11 to 15 degrees Celsius). A smaller number of people live in areas with a range of 68 to 77 degrees Fahrenheit (20 to 25 Celsius).

Analyzing data about human settlements 6,000 years ago, the researchers found that most were in areas with the same temperature ranges.

“It turns out that the preference of humans has been really consistent,” Dr. Scheffer said. “The vast majority of people has always been concentrated in a small range of conditions.”

Projecting into the future, the researchers found that while warming could cause some colder parts of the world to become more suitable for living, large parts would warm beyond the preferred temperature ranges.

“We didn’t really believe our results at first,” Dr. Scheffer said. “But we looked at them from many different angles.”

“This is just the way it is,” he added. “And it turns out that if climate change remains on the current track, then a lot more will change in the coming 50 years than have changed in the past 6,000.”

“It’s a kind of no-go area to talk about climate migration,” Dr. Scheffer said. But the possibility that hundreds of millions of people may be forced to move to cooler areas means that society “needs to think about how we can accommodate as much as we can.”