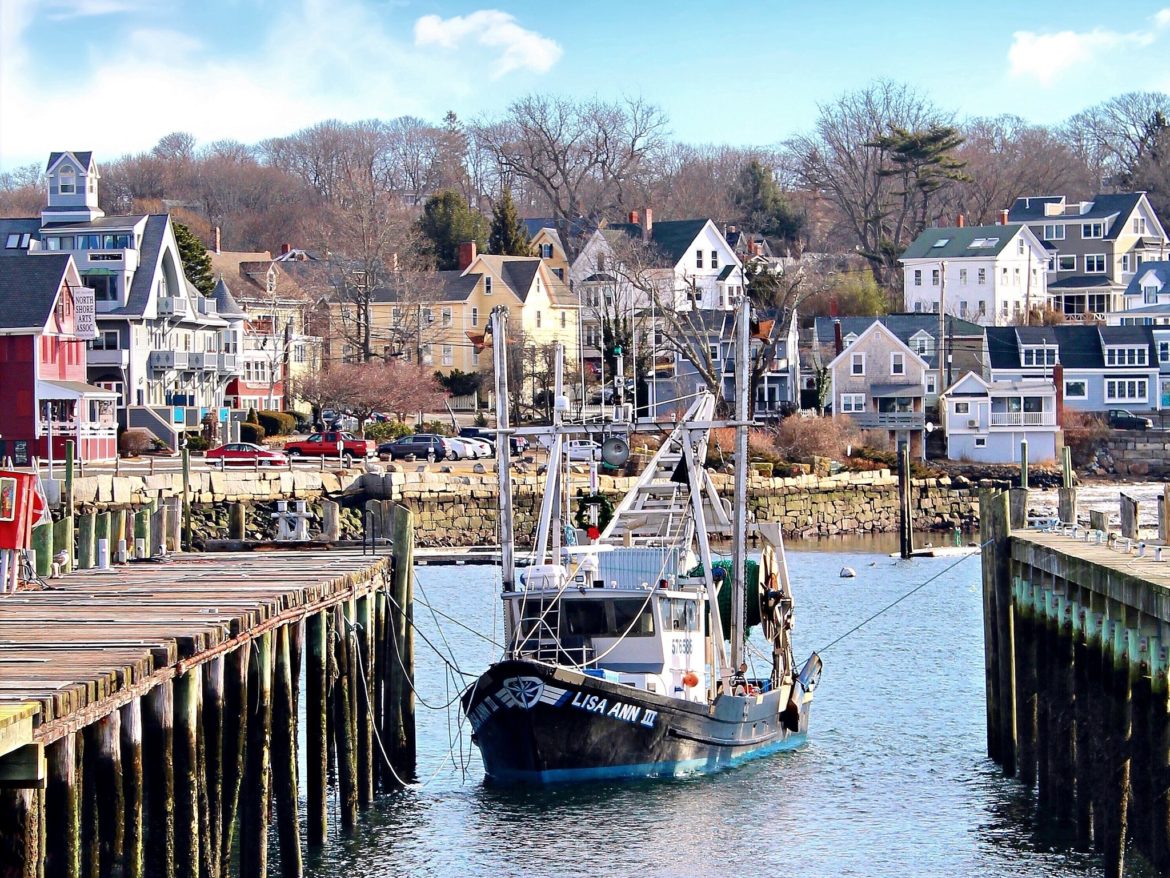 Efforts to shore up the local workforce have helped counter some fishing groups’ opposition to the state’s burgeoning new industry.

In a northern Massachusetts fishing town, an advocacy group that has opposed an offshore wind farm is opening up to economic opportunities the project could provide.

As part of a $1.3 million state grant program, a partnership between fishing advocacy group the Gloucester Fishermen’s Wives Association and the Northeast Maritime Institute will enroll commercial fishermen in a certification course that will qualify them to transport people and supplies to wind turbine sites for the Vineyard Wind project. Gloucester has traditionally been a major New England fishing port, but the industry has been hard hit by declining fish stocks and regulations designed to prevent overfishing.

Though the program has not started actively recruiting participants yet, word of mouth has raised some interest and there are already five names on the waiting list, said Angela Sanfilippo, president of the organization.

The Gloucester group has spoken out against Vineyard Wind from the start, but recognizes offshore wind is likely to be a reality. The group wants to help the fishermen it serves adapt to whatever comes next, Sanfilippo said.

“We are aware eventually it is going to happen, and the fishermen have the skills that could get engaged in these jobs,” she said. “If they get unable to fish, they still need to support themselves and their families.”

“We really need this workforce from top to bottom,” said Jennifer Cullen, manager of workforce and supply chain development for Vineyard Wind, which is slated to be the first major offshore wind project in New England. “We need to ensure that once we get to construction that we have a qualified workforce that’s ready to go.”

Massachusetts has committed to procuring 3,200 megawatts of offshore wind capacity by 2035. Vineyard Wind, which is awaiting final federal approval for its planned 800-megawatt development, is expected to be the first project built as part of that pledge. Mayflower Wind, another 800-megawatt installation, could soon follow.

Even without considering the next 1,600 megawatts coming down the line, these plans could generate as many as 3,100 on-site jobs during construction and another 250 ongoing positions in operations and maintenance once the projects are up and spinning, according to a workforce analysis released by the Massachusetts Clean Energy Center in 2018. When supply chain employment and other indirect effects are included, Vineyard Wind alone could create 3,600 full-time jobs, the company estimates.

At the moment, however, Massachusetts simply does not have enough qualified workers to fill the coming jobs. Without efforts to bolster the local workforce, wind developers would likely have to import labor from Europe, where the industry is more mature.

The Massachusetts Clean Energy Center has stepped in to help bridge that gap. In 2019, the agency awarded $721,500 in grants to six training initiatives. In July, it announced a second round of grants, this time to nine programs. Vineyard Wind and Mayflower Wind each contributed $100,000 to the funding.

“While there are certainly skilled tradesmen and other technical folks here, we need to do additional training to be able to qualify them,” said Bruce Carlisle, managing director for offshore wind at the clean energy center.

The grant recipients include a project that will deploy virtual reality simulations to teach wind turbine safety, a program to train union electricians in high-voltage and fiber optic work, and an initiative to prepare people for jobs monitoring protected species in offshore wind development areas.

‘A great new opportunity for a year-round career’

A grant-funded program cited by many as especially promising is a collaboration that aims to create dozens of well-paying, full-time jobs for residents of Martha’s Vineyard, located 15 miles north of the planned site for Vineyard Wind. Though the island has a reputation as an upscale destination for the wealthy and important — the Obamas have vacationed there several times — it also has a year-round population of more than 17,000 people, many of whom have difficulty finding steady work in the very seasonal, tourism-driven economy.

So Adult and Continuing Education Martha’s Vineyard and Bristol Community College are collaborating to train locals for turbine operations and maintenance jobs. Courses cover subjects including algebra, ecology, and electrical machinery. The program was awarded funding in the first round of clean energy center grants, allowing it to begin training its first cohort of 18 students, a group that includes electricians, fishermen, recent high school graduates, and even a chef ready for a career change.

The $128,000 it received in the latest round will fund a second group of up to 24 students beginning in January.

“This is a great new opportunity for a year-round career,” said Holly Bellebuono, executive director of the Vineyard group. “These are going to be well-paid, benefited positions for our year-round residents.”

At the University of Massachusetts in Lowell, a grant is funding efforts to do labor market analysis so the school can create targeted programs to prepare students for jobs at middle and advanced levels in the offshore wind industry. The university is home to the Center for Wind Energy, which researches wind science and turbine technology, but the school doesn’t yet have a defined track for those wishing to work in offshore wind, explained Christopher Hansen, a professor with the center.

The goal is to create a high-value program, so students can be sure they will earn a return on their educational investment, Hansen said.

“We want people to know that they are going to get a payoff for that education,” he said. “We know that we are an integral piece in preparing people to be really creative and productive members of that industry.”

As these programs get off the ground, both the state and Vineyard Wind have expressed a strong commitment to getting Massachusetts residents ready for these jobs and thus maximizing the economic benefits for the state.

“We want to see as many local Massachusetts jobs as we possibly can,” Carlisle said.