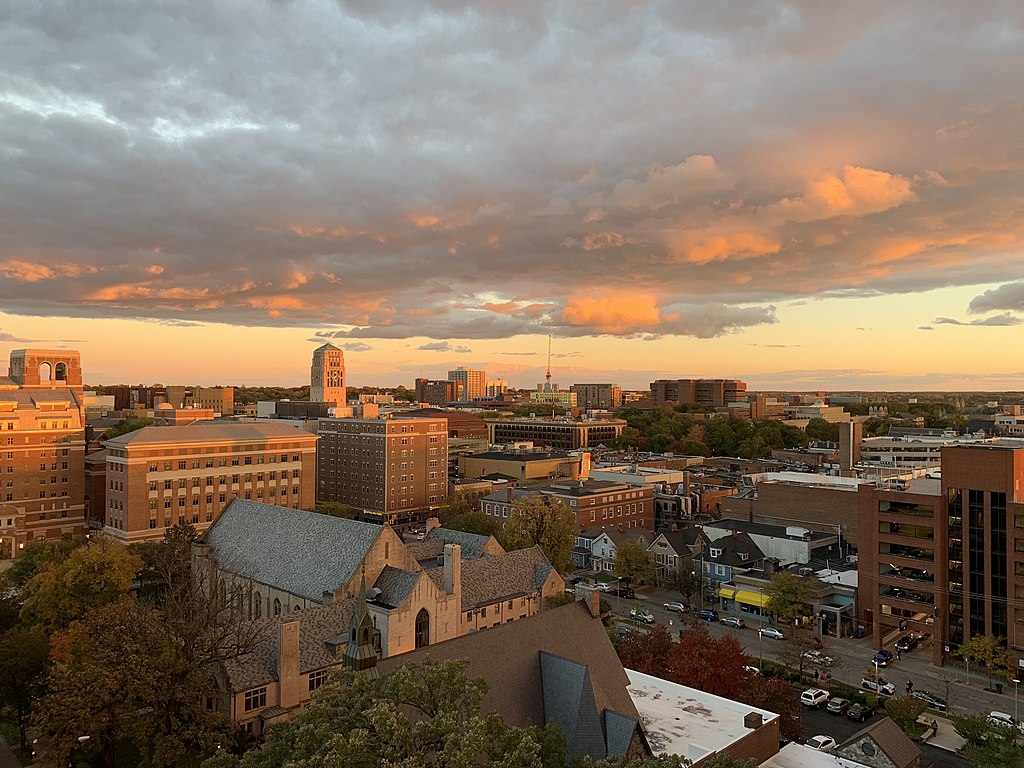 After considering municipalization, Ann Arbor officials are instead working with local lawmakers on a bill to authorize community choice aggregation.

Officials in Ann Arbor, Michigan, are working with local legislators on a bill that would give cities greater control over where their electricity comes from.

Ann Arbor leaders have expressed frustration with investor-owned utility DTE Energy for years over reliability issues and the pace of its clean energy transition, as well as a dispute over the value of generation from the city’s hydroelectric dams. Some local leaders have floated the idea of a municipal utility to take over DTE’s operations in the city, but a report last year downplayed that option as too risky and expensive.

Community choice aggregation allows cities to purchase electricity on behalf of local residents and businesses, but it leaves the existing utility in place to continue managing billing, distribution, and other functions. Unlike municipalization, it doesn’t require cities to buy and take over a utility’s infrastructure.

Ann Arbor was among a wave of communities across the nation that in recent years have explored how to establish publicly owned utilities as an alternative to the investor-owned model. Municipalities that take over local transmission lines, distribution lines and other infrastructure are required by law to fairly compensate the utility, which can cost hundreds of millions of dollars.

After weighing those costs and the potential for protracted legal and financial negotiations with DTE, city staff last year recommended Ann Arbor pursue community choice aggregation, or CCA. Missy Stults, the city’s sustainability and innovations manager, cited the speed at which it could be accomplished, the potential for partnering with other communities around the state, and the lower cost.

Ann Arbor’s A2Zero plan calls for the city to be powered entirely by renewables purchased through a CCA district by 2027. The CCA portion of the plan calls for spending to cover the costs of negotiating to buy clean energy from wind or solar producers on behalf of city residents and businesses.

Establishing a district requires a relatively small level of administrative investment — about $3.2 million in Ann Arbor — because the government won’t need to purchase infrastructure, and that makes it an accessible option for resource-strapped cities and towns.

Until state legislation is passed, Ann Arbor can’t move forward with the plan. If its lobbying effort is successful, though, it could benefit communities across Michigan that are similarly looking for more control over their energy sources.

Lower-income communities like Highland Park or Detroit could easily and cheaply follow their lead, and the communities could work with a single company to manage the effort. That would provide all of them with “more buying power,” said Bridget Vial, energy democracy organizer with the Michigan Environmental Justice Council.

“If we get CCA legislation in Michigan, every community can procure energy on the market, and hopefully that will be renewable energy,” she said. “If we pursue municipalization, that will only help Ann Arbor.”

Moreover, a municipalization effort could trigger a lengthy and expensive legal fight. Boulder in 2010 launched an attempt to form its own public utility after Xcel Energy resisted demands for a swift shift to clean energy. The city’s residents recently voted to abandon the plans after a decade-long legal battle over its legality and the infrastructure’s market value.

Boulder is a cautionary tale that highlights how the cost and complexity of municipalization is “intense,” especially for communities with fewer resources, said Jackson Koeppel, executive director of Soulardarity. The nonprofit has been pushing for community solar and other clean energy initiatives in Highland Park, a small city that doesn’t have the resources to municipalize.

“Good community choice aggregation legislation will allow us to start building out local clean energy and immediately give us more autonomy,” Koeppel said. “The model could offer some real benefits in terms of being able to move forward faster without the same financial barriers.”

Community choice aggregation is currently authorized in nine states, including Ohio and Illinois. In Ohio, Columbus voters in November approved the formation of a new CCA district, and residents will likely be able to buy clean energy from newly developed solar farms in 2023.

In Michigan, utilities spend heavily in the state legislature to influence policy, so passing CCA legislation is viewed as an uphill battle. Stults said Ann Arbor is working with local legislators to draft legislation that they hope to see introduced “in the near future.”

In a statement emailed to the Energy News Network, DTE said it plans “to play a supporting role in helping the City of Ann Arbor meet its goals.”

“We support Ann Arbor’s interest in moving toward a zero-carbon future and are working collaboratively with the city on many aspects of their plans,” a DTE spokesperson wrote.

Ann Arbor’s plan also has critics who think a push for a municipal utility is worth the fight. They note that community choice aggregation won’t solve reliability problems for DTE customers, who spend more time in the dark than those at most other utilities around the nation. It also doesn’t address broader systemic issues.

“If we’re in a partnership with corporations like DTE that are violent, extractive and predatory, then we’re never going to be fully equitable,” said Ember McCoy, an energy democracy activist who supports a public utility over community choice aggregation. “Public power democratizes, decommodifies, decarbonizes and decolonizes our energy sourcing.”

Those problems are on display in California, said Jessica Tovar, a coordinator for the East Bay Clean Power Alliance in Oakland, California. The first-of-its-kind organization advocates for local clean energy development for the East Bay Community Choice program.

She noted that utility PG&E spends heavily on political contributions to help advance its agenda, and California in 2018 enacted an “exit fee” that requires those who leave PG&E for community choice aggregation to compensate the private utility for its lost revenue. PG&E also wages an ongoing public relations war against the CCA programs with which it partners.

The model also forces customers to rely on PG&E’s failing infrastructure, which is partly behind its unreliable service and some of the region’s deadly wildfires and rolling blackouts.

Tovar said she ultimately favors municipalization because it cuts the investor-owned utility out of the equation, but she added that community choice aggregation also has clear benefits and is more accessible.

“Having to rely on a private utility is problematic — you especially don’t want to have a situation where the IOU [investor-owned utility] can still have a hand in charging the customers, so that’s an advantage of having public power,” Tovar said. “But even if a CCA is not perfect or ideal, it makes a lot of sense to invest in our community and clean energy, and a lot of good things have come out of CCAs.”

Regardless of whether communities opt to pursue municipalization or a CCA district, the mere act of exploring the options signifies that there’s broad support for meaningful change in how energy is delivered in the state, Vial said. Those sort of discussions didn’t exist just a few years ago.

“Understanding what in the system isn’t working is the measuring stick that we need to use when we think about whether municipalization or community choice aggregation is the most strategic way,” Vial said.

She added, “the devil is in the details.”