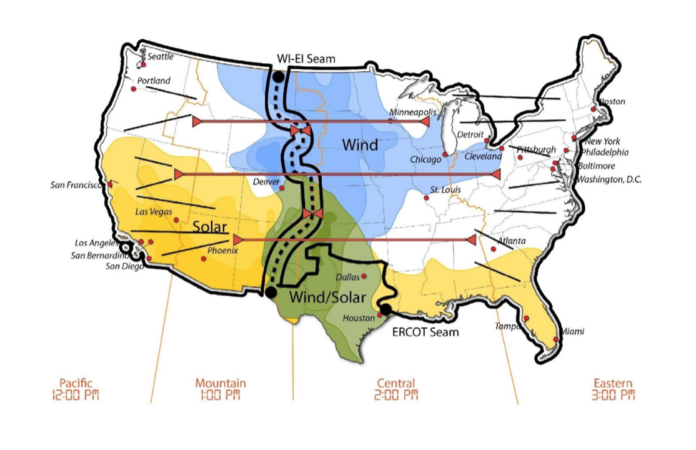 The American Council on Renewable Energy (ACORE) and Americans for a Clean Energy Grid (ACEG) have launched the Macro Grid Initiative to build support for expanding and upgrading the nation’s transmission network.

A 21st-century macro grid will deliver jobs and economic development, a cleaner environment and lower costs for consumers.

“We need to improve America’s outdated and balkanized electricity transmission system both to compete effectively in the 21st-century economy and to properly tackle the climate crisis,” says Gregory Wetstone, president and CEO of ACORE.

“A macro grid will allow for better integration of low-cost renewable energy, resulting in a more resilient, efficient grid and a dramatic reduction in carbon emissions,” he adds.

Thanks to generous support from Breakthrough Energy, an organization founded by Bill Gates that is working to expand clean energy investment and innovation, the Macro Grid Initiative will undertake wide-ranging educational efforts in support of transmission expansion to connect areas with low-cost renewable resources to centers of high electric demand. This can be accomplished by connecting grid regions like MISO, PJM and SPP.

Several recent studies have already shown the benefits of expanding the nation’s transmission grid. For example:

A nationwide, high-voltage direct current (HVDC) network optimized for the nation’s best wind and solar resources could deliver 80% carbon emission reductions from the grid by 2030 without adding costs to consumers’ electric bills.

Achieving the macro grid vision will require new policies at the federal, regional and state levels that recognize the substantial nationwide benefits of an interregional connected transmission network.

To learn more about the Macro Grid Initiative and how to join the coalition of supporters, click here.

Photo: Stitching together the major regions of the power system would allow the U.S. to harness its abundant renewable resources and balance electric demand across the country