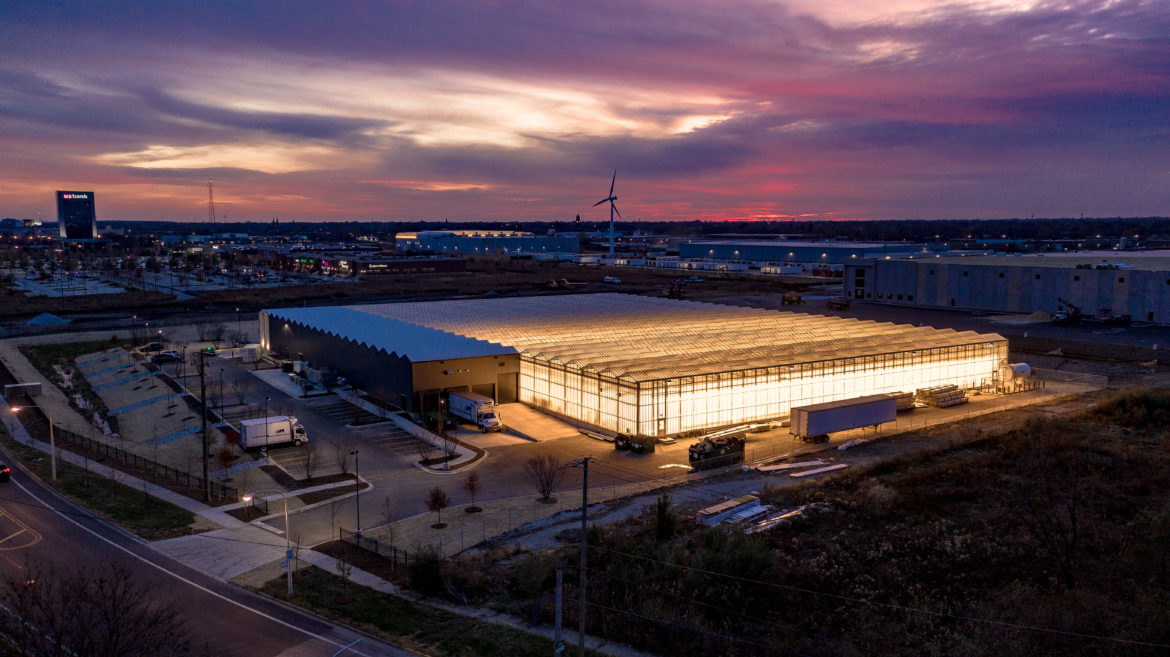 The Gotham Greens greenhouse is one of several environmentally friendly projects located in the Pullman neighborhood of Chicago.

After decades of economic decline, the former company town of Pullman is pivoting from heavy industry to green development.

As Rust Belt cities seek to refocus their economies around sustainable industries, a historic neighborhood on Chicago’s Far South Side could provide a template.

Pullman began its history as a planned company town, famously producing luxury passenger rail cars through the mid-20th century. After a period of steep decline, Pullman has pivoted from heavy industry to green and sustainable development.

And while a prominent wind turbine and solar panels communicate that transition to the world, local advocates say the bigger payoff has been in job growth and overall community development.

“We have to adapt, because coal is not even an option,” said Anthony Beale, alderman of the city’s 9th ward, which includes Pullman. “It’s just an ongoing effort to evolve with where the world is going.” 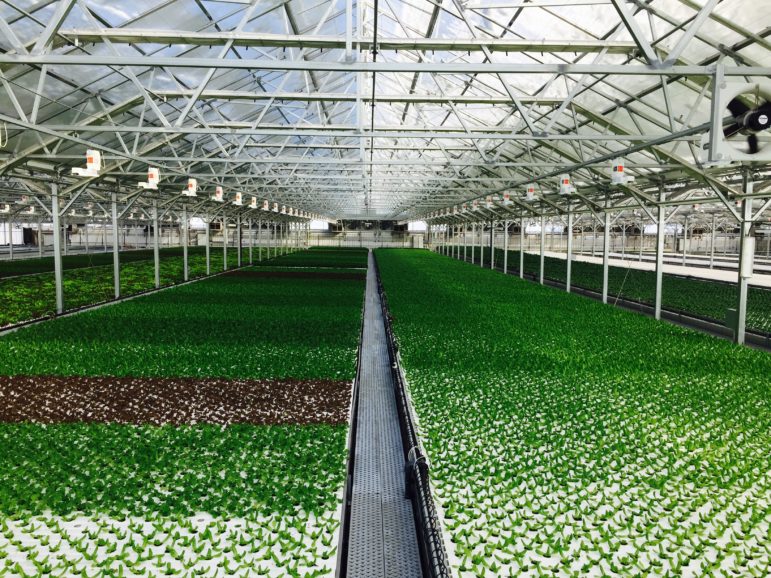 From rust to green

Pullman was constructed between 1880 and 1893 and administered by George Pullman as the headquarters for the Pullman Palace Car Company, manufacturing luxurious accommodations for passenger travel by train. The self-contained company town also included housing for workers at all levels, manufacturing facilities, open parkland and the glamourous Hotel Florence. However, Pullman as a company and as a company town experienced both ups and downs, including several periods of violent labor unrest.

In 1898, the Illinois Supreme Court ordered Pullman to sell its non-industrial real estate. Although the company enjoyed periods of prosperity throughout the early 20th century, steady decline began in the 1940s as automobiles and airplanes displaced long-distance travel by passenger trains. The Pullman Car Company closed its local plant in 1955, and by 1969, the company had ceased operations altogether.

The surrounding community also suffered economic setbacks and a dramatic decline in population, which continued into the early 21st century. The decline was accelerated by the exit of the steel mills on the South Side, which had previously employed thousands of workers. Plants like Wisconsin Steel and U.S. Steel ceased operations in the 1980s. Ryerson Steel, located in Pullman, was the last to close its doors in 2006.

However, since 2010, Pullman has been in the process of a transformation, the product of a 10-year comprehensive plan that targeted housing, job growth, recreation, culture, transportation and sustainable development. Funding has come in the form of tax increment financing, federal funds and upfront investment by companies locating into the community.

There has also been significant buy-in from community stakeholders as well as partnerships with organizations in and around Pullman, such as Chicago Neighborhood Initiatives, Calumet Industrial Commission and the local Chamber of Commerce, according to Beale.

“Having a great team in place is the only reason and the only way that it works,” Beale said. “Having a team in place and everybody working for the same goal, you can accomplish things a lot faster because we all have the same objective, and that’s creating jobs and opportunity for people in the community.”

Two studies conducted by the Metropolitan Planning Council — one in 2017 and a follow-up in 2019 — illustrated the results of that collaborative effort and the ongoing transformation taking place within Pullman.

In 2016, the planning council awarded Pullman its Burnham Award for Excellence in Planning, citing a significant decrease in unemployment and poverty rates, along with the designation of the area as a National Monument by then-President Barack Obama in 2015. Much of the job growth could be credited to the then newly opened Method Products plant, along with the 75,000-square-foot Gotham Greens greenhouse located on the building’s rooftop. Method produces environmentally friendly personal and household cleaning products, while Gotham Greens is an aquaponics-based mass produce grower.

The 2019 study noted Pullman’s sustained job growth and labor force participation, along with significant drops in violent crime. By then, Gotham Greens had committed to constructing a second, larger, free-standing greenhouse in Pullman Park, located in the abandoned Ryerson Steel plant. A distribution center for Whole Foods Market had also located in Pullman Park by that time. 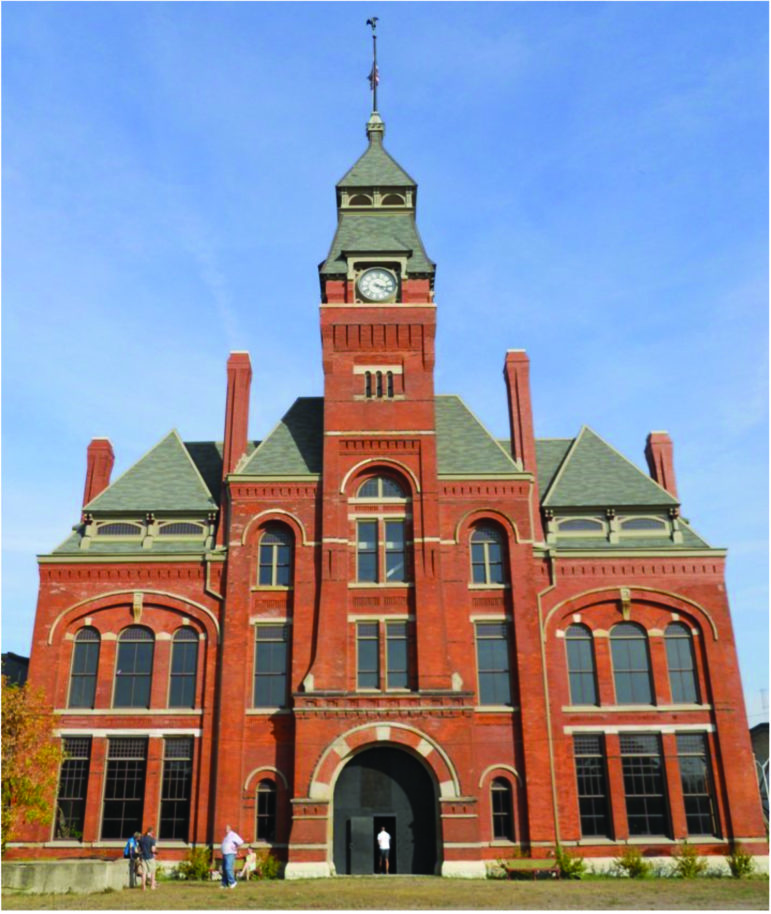 This clock tower is being transformed into a visitor center and the heart of the 12-acre historic Pullman National Monument site. (Photo courtesy of Brian Berg / MK Communications)

Method and Gotham Greens had brought more than 400 jobs to Pullman by 2016. Many of those jobs, along with jobs from new projects, are filled by local residents, according to Ciere Boatright, vice president of real estate and inclusion for Chicago Neighborhood Initiatives.

“We use tax increment financing for infrastructure improvements that [rely] on that,” Boatright said. “We were able to work with the city and work with Gotham Greens. We had a hiring requirement, which is phenomenal for our community. It basically said, hey, 60 jobs that are being created; they should go to this community and the surrounding community. And so, as part of the redevelopment agreement, all of those job [candidates] have to come from Far South zip codes.

“And so, when you talk about strategic outreach, this is an example of actually how it looks on the ground.”

Like the heavy industry manufacturing jobs that have disappeared, the majority of jobs created by companies like Method, Gotham Greens or Whole Foods require some measure of manual labor. However, they do provide a living wage, which was a priority for Beale, who noted that even Walmart pays more in the city of Chicago than elsewhere.

“When we’re actively trying to get businesses into the area, we do have to weigh out: Is some job better than no job? Because a lot of these jobs are not your high end [jobs] paying you $150,000, $175,000 a year,” he said. “But we try to make it to where you can pay off a mortgage and put your kids through high school and through college. We really just try to focus on good, sustainable jobs, versus jobs that somebody is barely going to make ends meet, and then they have to work two jobs just to make the day-to-day. You really don’t want that. You want people to be able to work eight hours and support a family.”

Chicago Neighborhood Initiatives has also encouraged energy efficiency and sustainability for companies locating within Pullman, according to Boatright.

“When you talk about industrial and manufacturing developments in the last five years or so you’ll see a wind turbine, you see solar trees, you see green roofs on our retail development. Even Walmart — we’re not talking about green sustainable development, but you’re talking about a green roof. And just a lot more intentionality about what development should look like, and how to make it far more sustainable.

“We have seen on a development standpoint, a shift from large-scale retail to industrial development in Pullman in particular, and so yielded an opportunity to think about more sustainable design. Method is a LEED Platinum facility. Gotham Greens [is] sustainability on steroids — 500 tons of pesticide-free leafy greens being produced annually. The conversation is starting to shift more from just the bricks and sticks to the sustainability of it, which I think is pretty powerful,” she said.

“I’ve been pushing [solar] in my community,” Beale said. “We’re having a real big surge now, people putting solar on top of their houses. … That also creates jobs and opportunity. At the same time, it’s going to reduce energy costs. I have a lot of seniors that could take advantage of that. 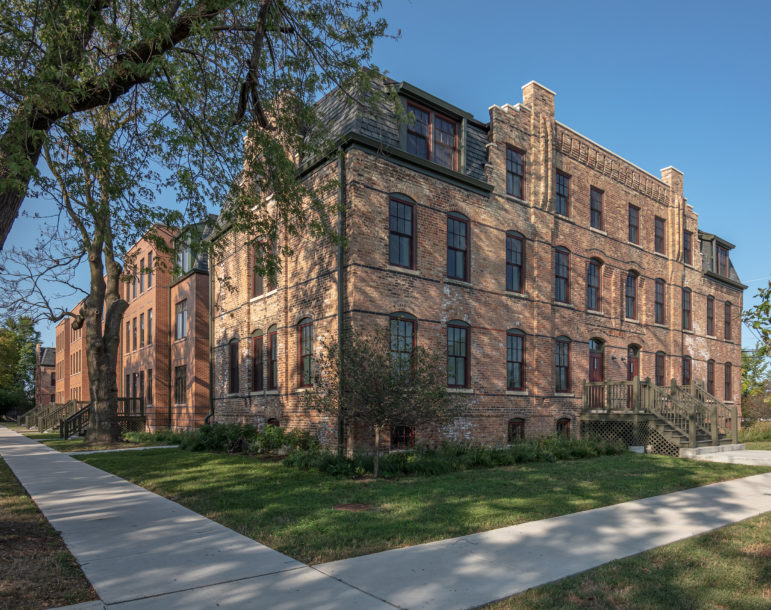 Prior to launching its 10-year revitalization plan, Pullman had suffered severe disinvestment along with population decline. The area was a food desert and there were few opportunities for recreation. Pullman’s housing stock, while architecturally appealing and historically significant, was largely neglected. Addressing these areas was cited as a priority for residents in developing the Pullman Park site, according to Boatright.

“What four major things the community said, [first] we need a grocery store,” Boatright said. “Pullman was one of the city’s largest food deserts. A grocery store or retail was needed immediately. They also said that they wanted affordable housing options. Jobs came up over and over again. And last but not least, they wanted recreation. They wanted some type of community center. So those were the four major themes that really gave CNI our marching orders.”

A Super Walmart not only provided an outlet for retail and fresh foods, but also created 400 jobs, many of which went to community residents, according to Boatright. The community center opened two years ago, and landed a contract with the Amateur Athletic Union to serve as its Midwest hub. And while the COVID-19 pandemic has put a temporary halt on program development, the center provides vital recreational opportunities, according to Beale.

Pullman is also addressing the affordable housing issue, through restoring its historic housing stock along with new development. One example is the $20 million Pullman Artspace Lofts development, a collaboration between Chicago Neighborhood Initiatives, Artspace and Pullman Arts, a local arts group, according to Boatright.

“We took the two historic buildings, rehabbed them. We did infill development in that vacant lot” between the two buildings, she said. “And now we have artists that live there. We have studios, and one- and two-bedroom [apartments]. And they are absolutely beautiful. Part of that development features 2,000 square feet of gallery space so that artists in the community can collaborate with artists in that development.

“It just really speaks to the need to think about historic preservation and community development and economic development. It’s my three-legged stool. We have to do all three because Pullman is a historic community. We have beautiful architecture. We’re landmarked. We’re a National Monument. We recognize the need to preserve these beautiful buildings. And I think that the Pullman Artspace project is a great example of how to do that well.”