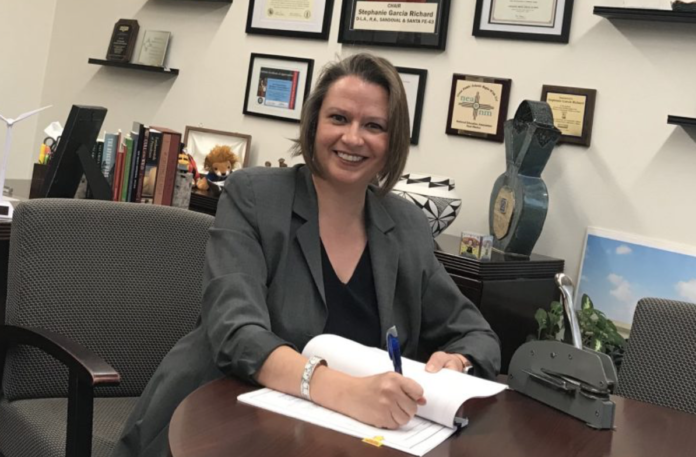 Pattern was the winning bidder in a February public auction for the right to develop the 16,442 acres located in Torrance County and Lincoln Counties.

Pattern paid the State Land Office a total up-front bonus bid of $395,000 as a requirement of the public auction. They were also required to provide bonding coverage for the eventual decommissioning of the turbines. Based on provisions of the leases, the Land Office estimates the minimum revenue to New Mexico public schools will be over $16 million during the life of the project.

“At the State Land Office, we continue to do our part to diversify the economy by working with renewable energy firms that share our common goal of advancing New Mexico’s renewable energy future,” says Richard.

“The recent oil crisis, brought on by a global oil price war and compounded by COVID-19, has only strengthened my dedication to helping New Mexico move away from our reliance on fossil fuels. For that and many other reasons, the Western Spirit wind project is a win-win-win. Our public schools win, because this project will directly benefit them financially to the tune of over $16 million. Our state wins, because we create high paying construction jobs, as well as long term jobs managing these sites. And last but not least, we win by making a dent in New Mexico’s carbon emissions, furthering the state’s efforts to be carbon neutral by 2045,” she adds.

Approximately 30 wind turbines will be built for the project, generating at least 76 MW of wind energy annually. The project will connect to the forthcoming Western Spirit transmission line.

The Western Spirit project represents the eighth wind energy lease signed by Richard since taking office a year and a half ago. When completed, wind farms on state trust land will help New Mexico lead the way in wind energy generation. Combined, the forthcoming Western Spirit, La Joya, Great Divide and Gladstone wind projects will increase New Mexico’s MW capacity by 414, as well as increasing revenue from renewable projects by over $80 million over the life of the projects.