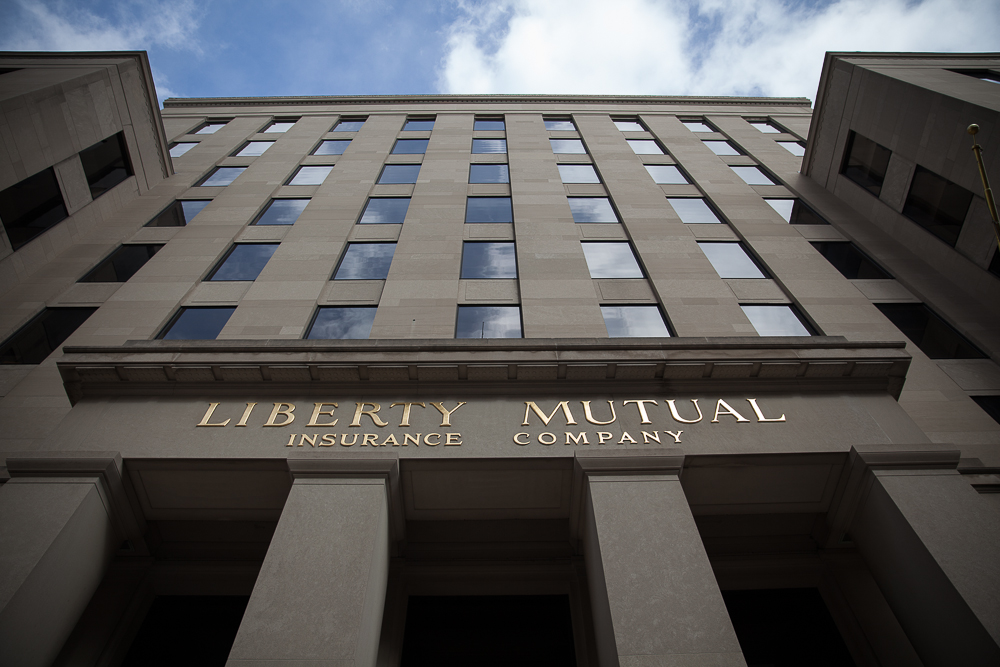 Dozens of Massachusetts state legislators have sent a letter asking Boston-based insurance giant Liberty Mutual to stop investing in or providing coverage for fossil fuel projects. The demands are the latest move in an ongoing campaign to fight climate change by undermining financial support for fossil fuel extraction and development.

“Arguably, the main reason that these projects keep getting built is because there are still companies willing to provide the insurance for what is becoming more and more of a risky project,” said state Sen. James Eldridge, one of the lawmakers who organized the effort. “It really doesn’t make environmental or financial sense.”

Liberty Mutual is the fifth-largest property-casualty insurance company in the United States, with just under $39 billion in premium revenue in 2019. While other major insurance companies, especially in Europe, have announced plans to stop covering and investing in fossil fuel projects, Liberty Mutual’s commitment has not kept pace, activists argue.

Liberty Mutual’s clients include some major, and controversial, fossil fuel projects, including the expansion of the Keystone XL pipeline, the Trans Mountain tar sands pipeline in Canada and the Pacific Northwest, and the Mariner East II natural gas pipeline in Pennsylvania. Further, the insurer has $8.9 billion invested in fossil fuel companies or utilities that make extensive use of fossil fuels.

So late last month, lawmakers sent Liberty Mutual a letter, signed by 38 members of the state Senate and House, that requests the insurer cease insuring new coal projects or companies actively expanding their coal-related business, refuse to cover tar sands projects, and make its underwriting and investments completely emissions-free by 2050.

“Liberty Mutual has proven that they are more than willing to put their own short-term profits ahead of the long-term health of the earth and the billions of people who inhabit it,” said state Rep. Dylan Fernandes, the other main organizer of the letter. “That’s a real problem.”

Fernandes’ district, which includes the islands of Martha’s Vineyard and Nantucket, as well as parts of Cape Cod, will be very vulnerable to the likely effects of climate change in the coming years.

Liberty Mutual contends it is engaged in a long-term decarbonization strategy. The company points to recent steps it has taken to limit investments in and underwriting of coal-related projects and more than $500 million in direct investments in renewable energy over the last five years. Late last year, the insurer also appointed its first chief sustainability officer.

“We’re taking many steps that demonstrate our commitment to the shift toward clean energy, and we will continue to improve and build on the progress we’ve made,” a company spokesperson wrote in an email.

Activists and many policyholders are not convinced.

In April, Liberty Mutual held its annual members meeting in a virtual format because of the coronavirus pandemic. As a mutual company, Liberty Mutual gives each policyholder a vote on certain governance decisions. At the April meeting, however, company leaders declined to address more than two dozen questions, submitted in advance, about how the insurer planned to handle fossil fuel underwriting and investing going forward. The meeting lasted for just six minutes.

“The voices of policyholders were not present,” said Randi Mail, finance organizer for the Rainforest Action Network, which runs the Insuring Our Future campaign.

The lawmakers’ letter to Liberty Mutual is part of an ongoing effort by climate activists to convince insurance companies to disentangle themselves from fossil fuel businesses. The goal is to make it so difficult for fossil fuel projects to obtain insurance that financing will dry up and the projects will be unable to go forward.

“They should be managing risk, not exacerbating risk,” Mail said.

Some insurance companies have taken significant steps to reduce their involvement in fossil fuels. The Zurich Insurance Group announced last year that it would no longer invest in or underwrite a wide range of fossil fuel-focused companies and that it would also transition its own energy use to 100% renewable by 2022. Insurance company The Hartford last year released plans to phase out much of its coal and tar sands underwriting and investing over a three-year period. In 2018, Swiss RE began limiting its involvement in coal companies; earlier this year it expanded that commitment to cover companies that are intensive users of oil and gas as well.

Activists and lawmakers want Liberty Mutual — and other major insurers — to follow suit. Government policy and regulation has an important role to play, Fernandes said, but consumers and businesses need to step up as well.

“I believe we should lead this,” Fernandes said, “but we need all hands on deck.”