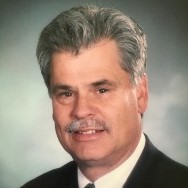 Robert Nelson is president of the Citizens Utility Board of Michigan.

The COVID-19 pandemic is revealing many gaps in emergency preparedness and disaster mitigation across the country. In the world of energy, some of the biggest potential emergencies stem from problems with the reliability of the electric grid, such as frequent blackouts. As has been reported several times, the pandemic, which has caused significant shifts in electric demand and made essential personnel scarcer, is a potential threat to reliability.

But reliability is a bigger problem in Michigan than it is in most parts of the country. Michigan consistently ranks among the worst states on indices that measure reliability, such as the average amount of time to restore service to a household or business after an outage. While Michigan does have its share of blizzards and other severe weather patterns that knock down power lines, even after accounting for differences in weather throughout the country, Michigan still lags behind many other states on reliability. A 2019 report from the Citizens Utility Board (CUB) of Michigan explained this gap in detail, and now, CUB is releasing a new report that examines the solutions.

Michigan utilities have neglected to make the right investments in the state’s electric distribution grid, and average residents and businesses are paying the price. Right now there is a rare opportunity, however, to reform the system and produce lasting change that enhances reliability and improves our aging grid.

The Michigan Public Service Commission (MPSC) is updating state standards for reliability for the first time in decades. On July 31 the MPSC staff will issue preliminary recommendations on how to improve reliability standards as part of the MI Power Grid initiative to reform Michigan’s electric model. While in-person meetings have been canceled, the commission staff continues to talk with the utilities and stakeholder groups through virtual meetings.

The Citizens Utility Board of Michigan, a nonprofit, nonpartisan organization that represents residential customer interests, is one of those groups participating in the MPSC’s review, and we outline many of our recommendations in a report recently published at cubofmichigan.org.

One of the biggest hurdles impeding progress toward a better grid is the lack of incentives and accountability under Michigan’s regulatory system to push the state’s investor-owned utilities to prioritize measures that would reduce both the number of outages and the outage restoration time. Some of these measures have emerged only in recent years thanks to technological change, but Michigan’s regulations have not yet adjusted with the times.

DTE and Consumers Energy certainly spend much of their time working on the distribution grid, and they have strong financial incentives to do so. They recover the costs of the capital they invest — like the money that goes into building new distribution assets like substations and poles and wires — plus a rate of return from the rates they charge customers on their bills, as authorized by the MPSC.

But spending on the grid does not necessarily translate into a more reliable or resilient grid. In other words, just pouring money into the problem is not enough. That is a fact borne out by research from the federal Lawrence Berkeley National Laboratory, which found no statistical correlation between transmission and distribution spending and reliability improvements.

What’s more important than the quantity (in terms of dollars spent) of grid improvements is the quality of investments in terms of their cost-effectiveness. There are several ways to improve reliability that, in particular, deliver bang for their buck.

For example, regular tree-trimming can be a preventative measure so that when storms do occur, fallen branches and trunks are not dangers to power lines. Utilities can install sensors to quickly locate the cause of outages so teams and resources can be sent to the right place as fast as possible. Sophisticated grid equipment can also be used to create loops in the distribution system so that power can be rerouted around a line break to restore power while the break is being repaired, without the outage spreading to other customers.

But without changes in the way they are regulated, Michigan’s investor-owned utilities that maintain the distribution grid will always be biased toward the costlier solutions, even if they are not the most cost-effective ways to increase reliability for customers.

The recommendations in CUB’s report are based on one principle: Utilities should face financial consequences if they do not provide customers the reliable electric service they need.

As an example, here is one recommendation from the report: The MPSC should require the utilities to automatically provide bill credits to customers who lose power. These credits would reduce customer bills based on the value to the customer of the electricity that was not provided. Michigan actually already requires utilities to provide credits, but the current process has a lot of problems. Most customers are unaware this option even exists — it is not the utility’s responsibility to notify customers that they are eligible for credits. Instead, the affected customer must call and claim the credit.

Few do. For example, according to information revealed during regulatory proceedings, in 2017, over 48,000 customers of Consumers Energy, the second-largest utility in Michigan, were entitled to bill credits totaling over $1 million in value for outages over 16 hours. But the utility only issued bill credits worth a total of $4,657.83 to just under 200 customers. For DTE, the largest utility in the state, less than 7% of the over 106,000 DTE customers who were eligible for credits for outages under normal grid conditions in 2017 received those credits.

First, instead of placing the burden on people who are recovering from serious blackouts, credits should be automatically applied to eligible electric bills. Some of the tools to allow automatic credits already exist. Utilities have spent millions replacing most customer meters with “smart” meters that automatically transmit digital information on electricity usage to the utilities.

Second, credits should be paid for all outages, not just outages that meet arbitrary thresholds. Under the current rules, a customer who lost power for 16 hours straight gets the same $25 credit as a customer who lost power for 100 hours. But that does not reflect the economic reality experienced by anyone who has lost power for prolonged periods. What’s more, the dollar amount should vary for each hour of outage, so customers who experience longer outages receive bigger refunds. Those two changes would make Michigan’s system for compensating customers who lose power much more in line with reality.

Next, the MPSC should use the bill credits as a tool to enforce accountability. Right now, the few credits that customers do receive do not hurt the utilities’ bottom lines. They can simply recover back the costs of the credits through their regular rate increase requests with the MPSC. Instead, regulators should look at the credits as a penalty for a utility’s below-average performance on reliability metrics. If a utility takes longer to restore service after an outage compared to the national average, for example, then the amount of credits paid that it can earn back should be cut by the amount that the utility’s performance is below average. This approach would incentivize utilities to do better on those reliability metrics.

CUB’s report explores several other policy recommendations. Taken together, these reforms could set Michigan on the path of transformation from one of the worst states for reliability to one that leads the way toward a modernized grid that can better respond to emergencies.

Robert Nelson served as a commissioner on the Michigan Public Service Commission from 1999 to 2005. He is currently the president of the Citizens Utility Board of Michigan.