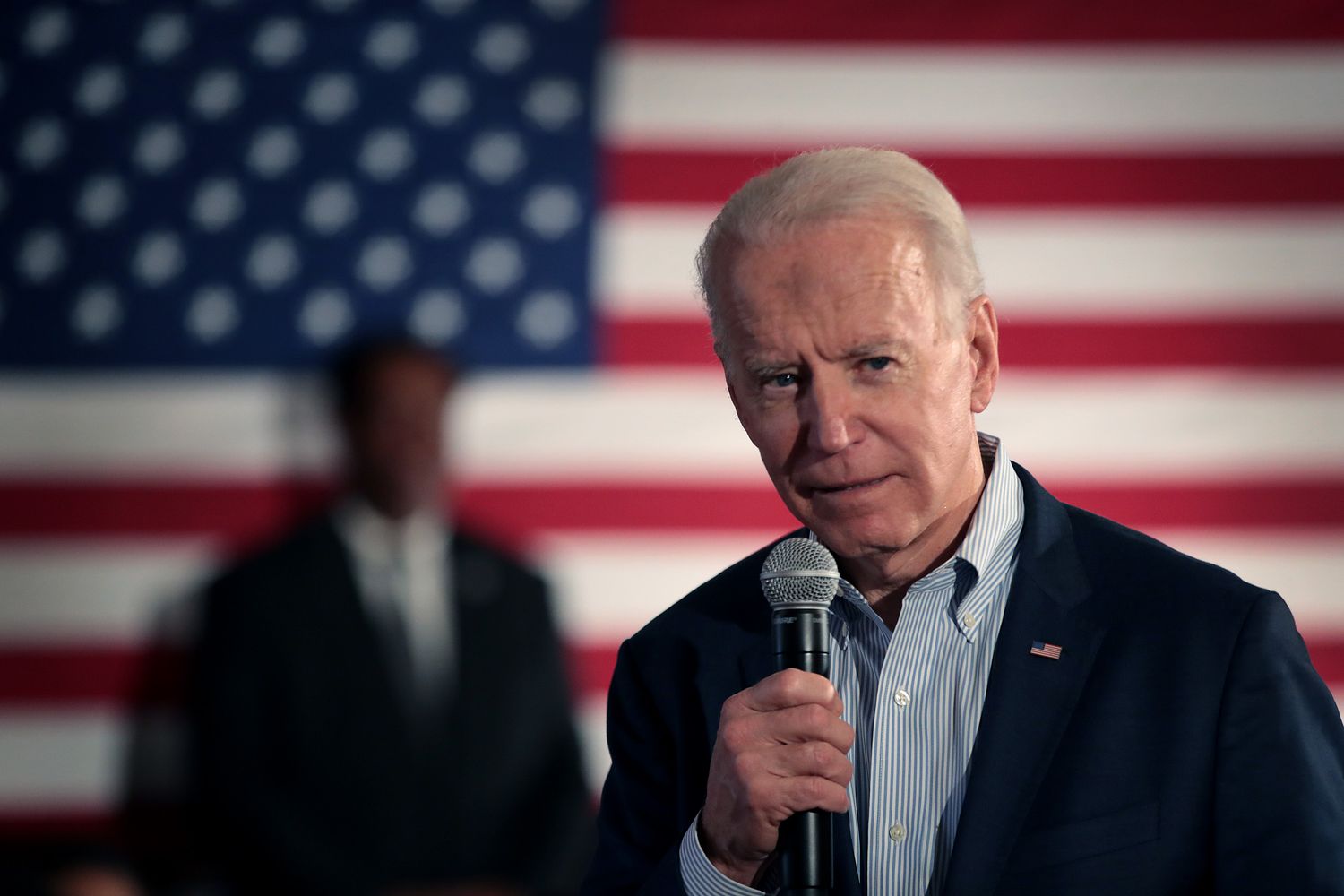 A Democratic National Committee panel stacked with progressive climate activists is pressing Joe Biden to back a plan to spend up to $16 trillion to speed the country away from fossil fuels, a call that could complicate his efforts to appeal to blue-collar voters in the swing states he needs to win in November.

The plan from the DNC Council on the Environment and Climate Crisis, provided to POLITICO ahead of its release Thursday, also proposes to ban fracking and end sales of non-electric passenger cars by 2030.

The proposal is designed to pressure the party and its presumptive presidential nominee to take an aggressive stance on climate change, an issue of prime importance for younger votes. But they go well beyond Biden’s own climate platform, which has called for spending $2 trillion — and they would offer President Donald Trump multiple openings to link Biden to the Democrats’ progressive and environmental wings.

The panel’s chair countered that such ambitious proposals would resonate with Democratic voters.

“This is good politics for Joe Biden and for the Democratic Party,” said Michelle Deatrick who led the panel and was a surrogate for Sen. Bernie Sanders during the primaries, calling climate change “one of the top two issues for Democrats and a lot of independents.”

“Trump’s going to call Biden a lefty no matter what, right?” she said. “So let’s energize our base, let’s energize the middle. Let’s do what’s right because the planet is at stake.”

The 12-person panel, which became a permanent DNC entity in February, is stocked with progressives rather than traditional party power players. It includes environmental activists, environmental justice organizers, academics, a labor representative, a faith leader and a public health expert.

The DNC formed the group after rejecting proposals to hold a primary debate devoted solely to climate change.

The council’s proposals are collectively more ambitious than most of the Democrats who ran for president this year and are on par with those promoted by Sanders or Washington Gov. Jay Inslee.

The plan urges the party’s nominee to support a declaration of a national climate emergency to help drive the U.S. to nearly net-zero greenhouse gas emissions within 20 years.

It calls for the U.S. to spend $10 trillion to $16 trillion over the next decade to tackle climate change; deny new federal permits for fossil fuel infrastructure projects like pipelines; eliminate gas-fired heat and other fossil fuels in new buildings by 2025; and set vehicle fuel standards at levels so stringent they would halt the sale of new gasoline- or diesel-powered cars by 2030.

The council also called for ending fossil fuel and other resource development on 30 percent of public lands by 2030 and half of oceans by 2050; reinstating a ban on exporting U.S. crude oil while sharply curtailing natural gas exports; and ensuring that 40 percent of clean energy and environmental investments go to vulnerable communities and those that suffer the most from pollution.

Biden’s campaign, which has indicated it would release a new strategy on climate change in the coming weeks, was not a part of drafting the plan. The former vice president has failed to win over many of the Democratic Party’s younger voters who lined up behind Sanders — including supporters of Rep. Alexandria Ocasio-Cortez’s Green New Deal, which called for a quick overhaul of the U.S. economy to slow climate change.

Environmental activists and climate scientists have warned that without swift action to bring down emissions that are driving climate change, increases in global temperatures and rising seas will wreak havoc in countries around the world, leading to devastating droughts, storms and wildfires and creating vast numbers of refugees.

But the Trump administration has taken an axe to the climate policies enacted under former President Barack Obama, gutting vehicle fuel efficiency standards and regulations to curb power plants’ carbon dioxide emissions and preparing to pull the U.S. out of the 2015 Paris agreement, in which every country on Earth pledged to curb their greenhouse gas pollution.

Trump has rejected the scientific conclusions showing human activity is driving climate change, and derided it as a hoax pushed by China to destroy the U.S. economy. Still, more recently he has tried to walk back those comments, saying climate change was “serious” and not a hoax — a likely acknowledgment that many swing state voters are looking for the federal government to address the problem.

Deatrick said she’s been “encouraged” that Biden is speaking more about climate change after some environmental activists had bemoaned his previous climate plan as unimaginative and too moderate when compared to other Democrats’.

But some of the proposals in the plan, such as banning fracking or spending trillions of dollars, would require Congress to act, and would still be difficult to achieve even if Democrats win enough seats in November to claim a narrow majority in the Senate. And many in the party worry that such aggressive plans will alienate the moderate voters Biden needs to defeat Trump in places like Pennsylvania, Michigan, Ohio and Colorado.

Deatrick said those concerns are overblown, but her council worried that the DNC will stymie its push to shape the party’s climate policies. The council released its plan now to build pressure on the DNC as the August convention approaches, hoping to ensure wide-ranging support for its suggestions.

She said the DNC’s process thus far has been opaque, and it’s unclear when the subcommittee charged with composing a draft platform for the party’s convention will meet.

The council has enlisted outside environmental and progressive organizations to bring sunlight to the DNC process and drum up support, so far signing up groups like the Center for Biological Diversity Action Fund and People’s Justice Council. The council also released a public petition Thursday to broaden backing for its plan.

“We’ll be working on both sides, inside and outside climate advocacy, to make sure this does not go in the circular file,” Deatrick said.

The Biden campaign has said it will place a priority on issues regarding environmental justice, referring to the disproportionate pollution and associated public health problems minority communities face. It also said the former vice president would update his climate pledges with clearer near-term goals and will boost its federal spending target beyond the $2 trillion included in his current plan.

Peggy Shepard, a member of the council and executive director of WE ACT for Environmental Justice, has had conversations with the Biden campaign, which has said it would release a new environmental justice policy “in the next few weeks.”

“We are in a back-and-forth around recommendations,” she said. “We’ll have to see.”